It’s the end of the year, which means that many blogs have year summaries. You look back to 2012 month for month, show pictures, and write about what happened during each period. I’ve been thinking a lot about this kind of post, and if I want to do something similar..You know what…2012 has been my worst year ever in my life. Full of sickness, treatments, hospital visit for about a forth of the year. It’s been a year full of scary things, challenges, canceled/reduced timed trips and so on.

I started off the year working some, went to the States for about two weeks (visited relatives in northern part of the States, skied, did road trips, and visited friends). So far, pretty good. Winter became early spring and I got more and more sick. In the end of April, I wasn’t allowed to work anymore due to health (according to nurses and doctors). In the beginning of May I was taken to the emergency room and then had to stay in the hospital. I had no choice to leave (according to the law). I stayed in the hospital May through July with just a few permissions so I could, for example, celebrate my cousin’s graduation in mid June and celebrate Midsummer with my love, family, and friends. I fought really hard to be able to be released in the end of July (earlier than some treatment people really wanted me to), and I was. Then it was August and I was not able to work. Still. Or I worked really hard, but treatment-wise, which I have been doing the whole fall, and still am. In the end of August/beginning of September, I was allowed to leave the country for a long weekend in Ireland which was gonna be the highlight of 2012! My love and I attended the most amazing wedding between two of our friends, in the countryside of Ireland. It was so much fun and I also sang and played the piano during the wedding, which was a huge honor! Another friend of mine got married just a couple of weeks before, so August was pretty much a wedding month. So I have had some glimpses of fun and life during the year.

I’m in the States now and I’m so thankful that I can be here. Been celebrating Christmas and about to cheer in the New Year. I’m gonna celebrate that 2013 will start, and be happy about leaving 2012 behind. A year when I was about to die. A year when I had to celebrate my 28th b-day in the hospital with three nurses coming in to my room singing to me (although I got permission to leave for some hours, and my parents and my love took me out to my favorite place – the archipelago). A year when I had to cancel a trip to Paris because I was too sick…Too much negative stuff.

2013, I welcome you warmly. Even though I’ll continue my treatments in the beginning of the year, and probably during the whole spring, I can’t wait for other life changing plans to begin. Something to help me start over. I have some huge projects in my life right now. Future plans that I still keep for myself right now since it’s not all set. But as soon it is, I’ll let you know. Pretty soon, I hope.

Although 2012 has been a year of hell (with a few positive glimpses), I believe in 2013. It can only get better and better. I’m happy to be alive, and all my experiences has just made me grow even more as a human being. I have written a really hard passage in my life book, and I’m hopefully close to the end of that, and to the next chapter to begin and what it all will bring.

I wish you all a Happy New Year filled with amazing moments, good health, and with dreams coming true! 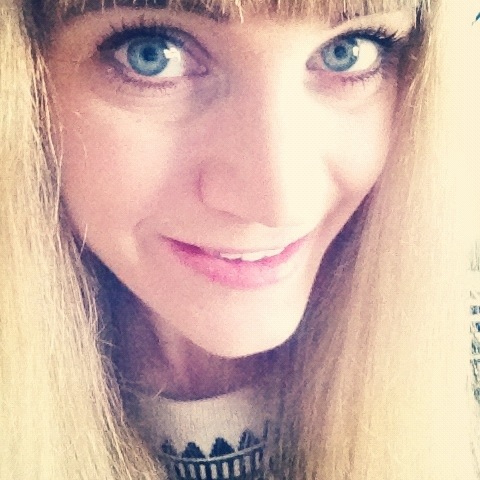