i’m doing one of the things i like right now. drinking coffee in front of the morning tv show “vakna med the voice”. having a lazy morning before my errands start. it’s pretty gray outside today and i believe it’s gonna rain soon. but hey, we’ve had sun for like two weeks straight now.

was looking through some pics on my computer and found this funny one i wanna share with you all. you know that i need two bodyguards while i’m in the states? oh, well it truly looks like it here on this pic. we were at a restaurant/pub on a pier and i was ordering some drinks. liz took a pic and i ended up standing between these two guys or they ended up surrounding me. have no idea who they are. 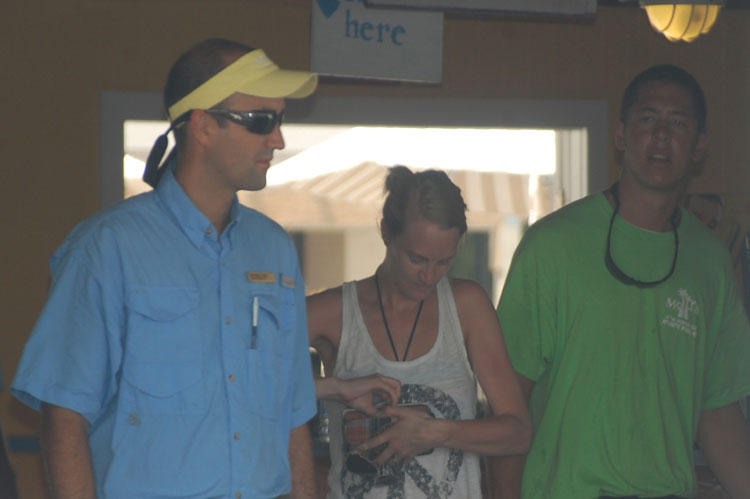 hope you will have a good wednesday!