Last night we headed over to → French Broad Brewery and listened to → the Wilhelm Brothers who played there. This band is made up of Chris and Cristof, a guitar player and a cello player, who not only play, but share their souls with you as you listen. They sing and play with such amazing feeling/emotion and express such pure happiness so that the only thing you do is to smile from the inside out. I love it. Their style is, as they describe it, is Folk Rock with Cello Infusion. The best thing is that I’m fortunate enough to have gotten to know these guys, so when we heard they were back in town from their two week long tour in the northeast US, we of course headed over to the brewery wheere they were playing last night. 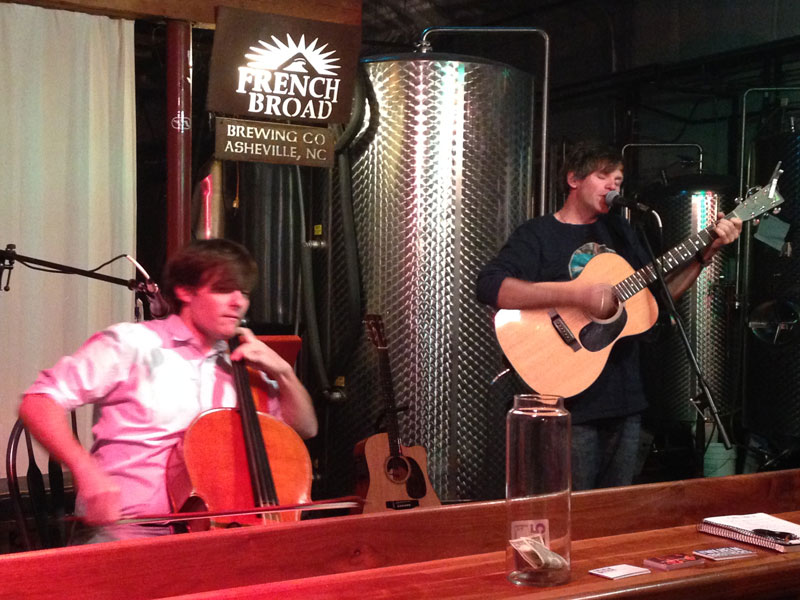 Cristof on the cello (and vocals) and Chris on the guitar (and lead vocals). 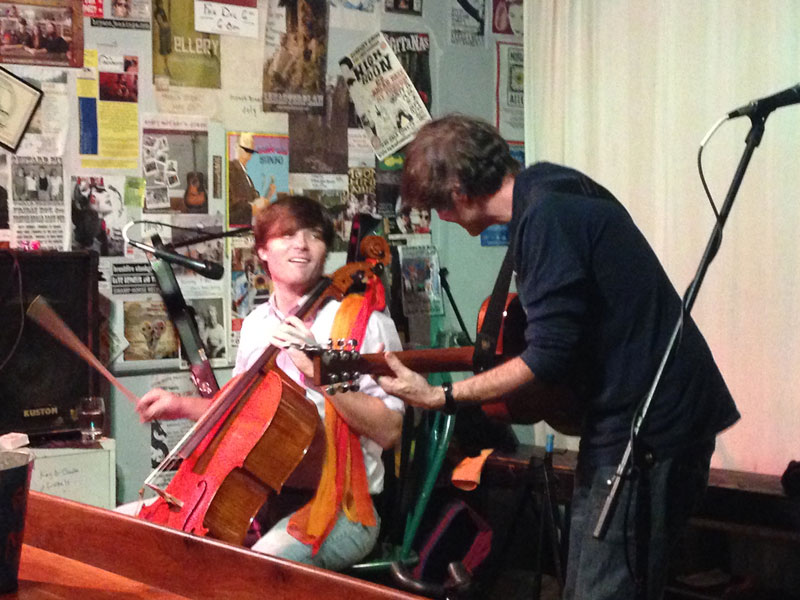 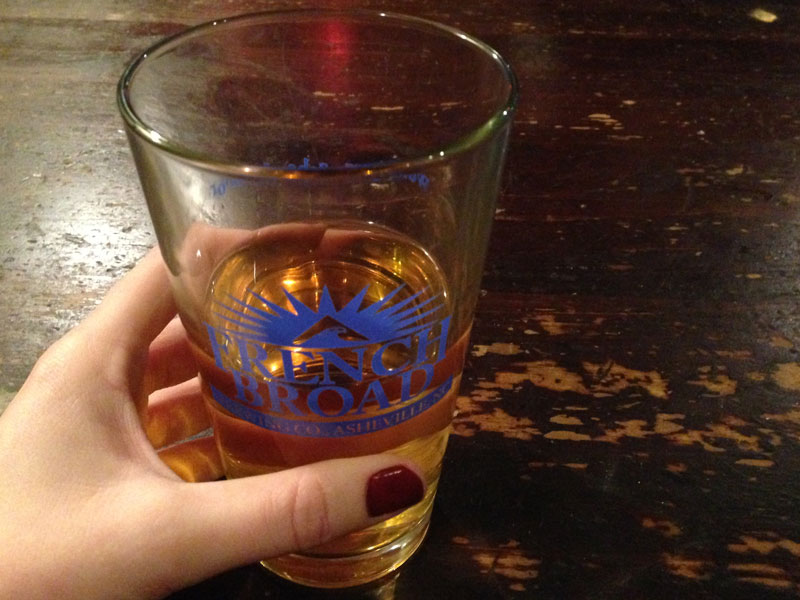 It was actually the first time I was at this brewery, which is funny since I do have a favorite beer (Kolsch) from here that I always order when I’m out eating (and not eating at another brewery). We talked a lot with the girl who worked there last night and she told us it’s only $2.5 pints on Mondays, so I guess we’re heading back there then to experience it some more and drink cheap beer! 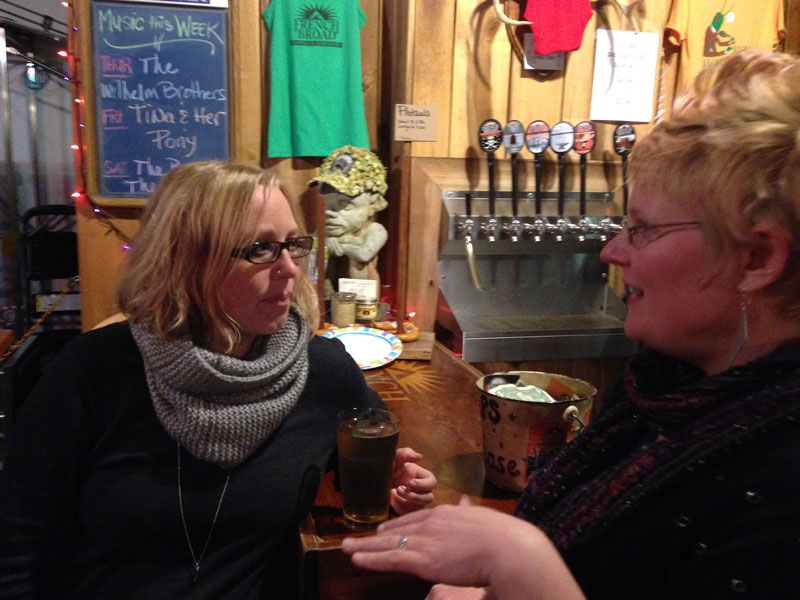 Liz is talking to our friend, Andrea, who also married to the guitar player, Chris, in the band. Oh, she’s a Multimedia Artist and has her own studio in the → River Arts District here in Asheville, called, → Studio A. She designs, lamp shades, prints/cards in collaboration with her mom, and Ukrainian Pysanky Eggs. She has an etsy shop up and running now → AshevilleStudioA on Etsy 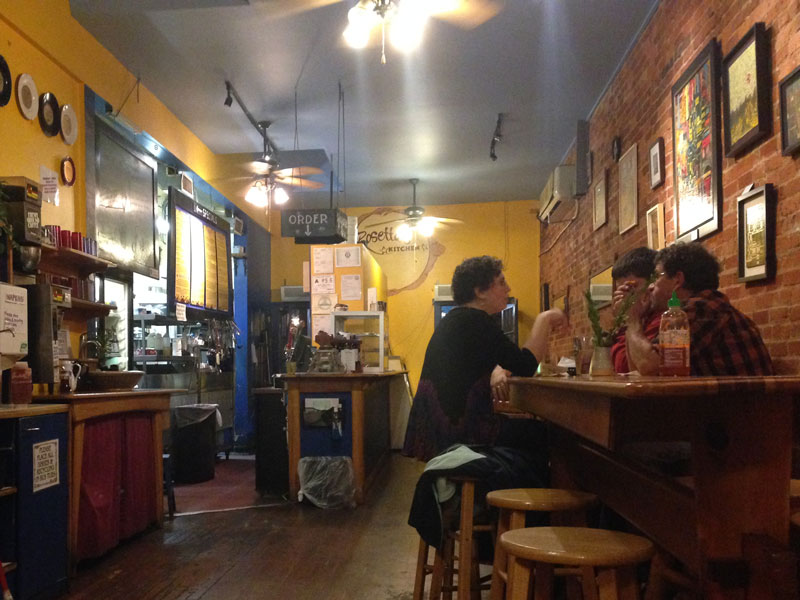 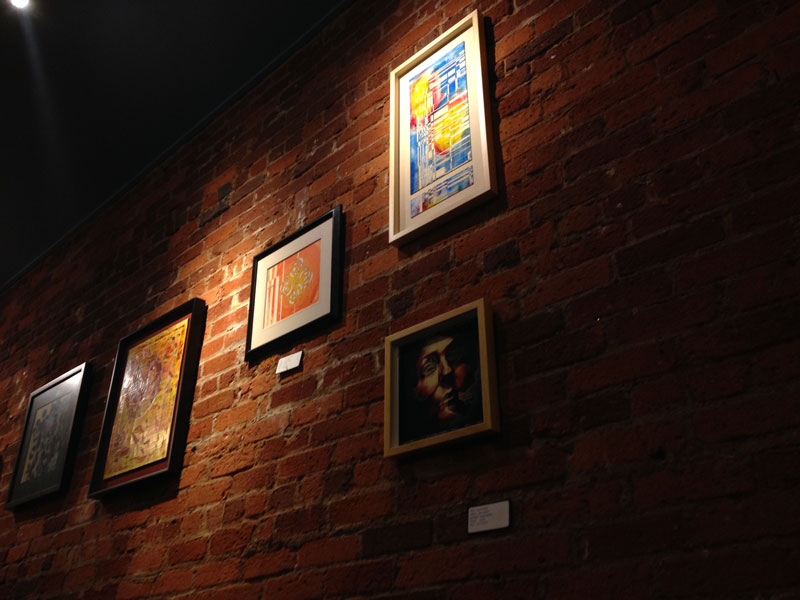 They also have various local artists’ work on their walls, which is for sale. I love that concept. 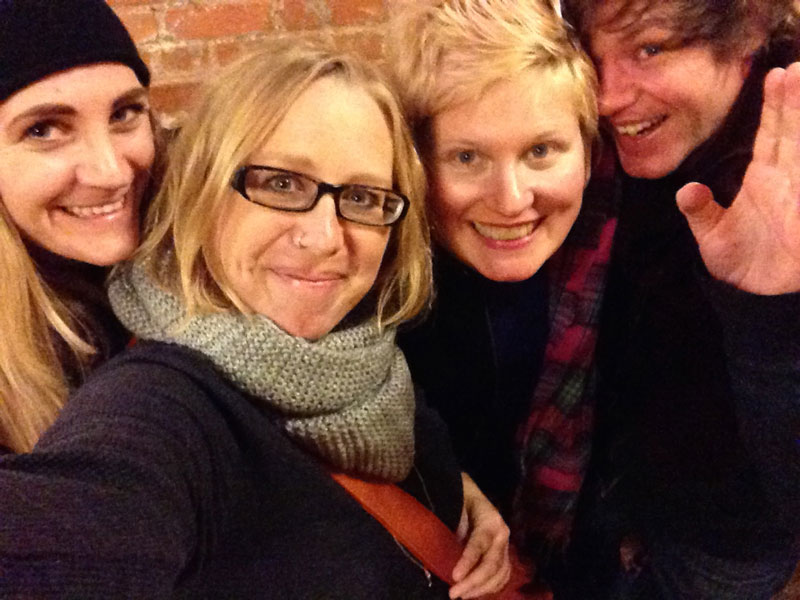 Me, Liz, Andrea, and Chris. 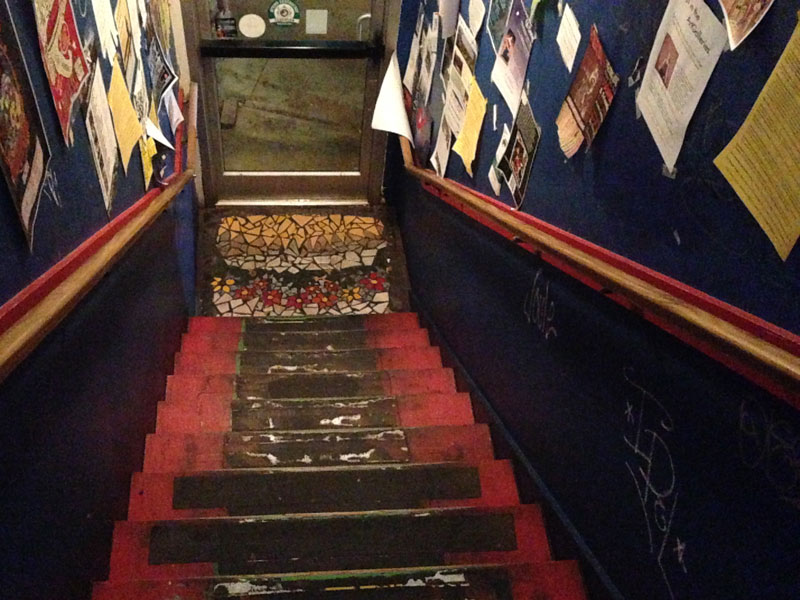 It was such a great night and I just love to be surrounded by positive energy people, artists, and creative people and friends in general. Such an inspiration in life, and I’m so blessed to have gotten to know amazing people here. Yes, I’m having an emotional moment right now. More about that in another post…

Ps. If you would like to listen to the Wilhelm Brothers, you can check them out on Spotify. Just follow the links below. ↓

Wilhelm Brothers – Lay Your Burden Down