thought i was gonna share a shoe story with you all and be a little shallow..hee hee.

i’ve loved my shoes i bought in a horse focused second hand store (note: does not happen very often finding me in a second hand store!) in a city where i used to study. gaaah. so many memories. i used the shoes while riding horses, and once i moved from that city and stopped riding, i forgot about the shoes. one day several months later, or perhaps a year later, i found them deep in the closet, took them out and started to wear them everyday as regular shoes. i used them so much so they broke bad (hard to see in the picture), so i started looking for new similar ones without success…until the other week! yay. so i have a new pair now. not exactly like the others but pretty much. just need to walk in them and make them my new favorite pair of shoes.

can’t believe i just wrote a story about a pair of shoes. ha. but it makes sense today, because it was time to get rid of the old ones. i threw them away today, and i’m having a grieving day. BUT it’s time to create a future and make history with the new ones. 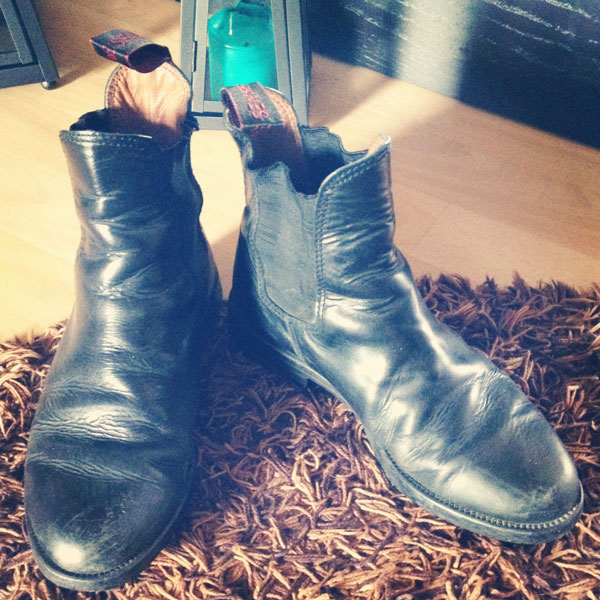 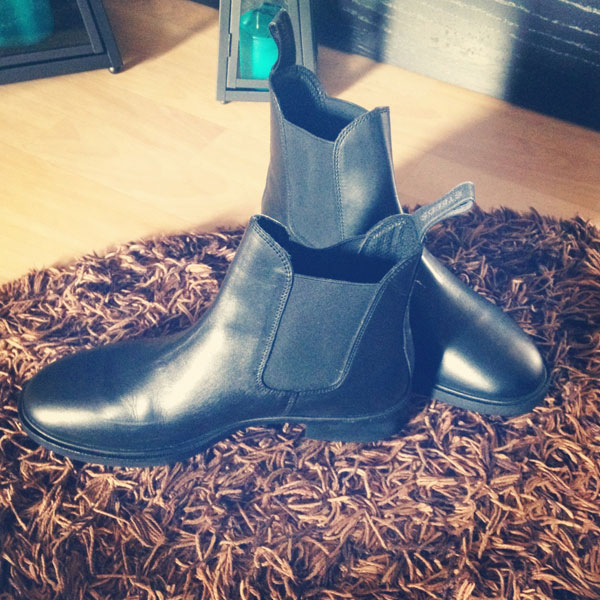