we bought the first season of solsidan yesterday (a really popular swedish comedy series). to be honest, i’ve heard so much about it and never really watched it because i didn’t really have time earlier. i was intrigued yesterday when we walked in to the store where it was on sale. we bought it and started watching it last night, continued this morning..and CHECK. first season is done. now, i really wanna get the second season. hehe. it was so good and i laughed so hard. if you haven’t seen the series (and are able to understand swedish), this would be something to watch. but you might already have seen it..since i’m pretty late watching this. anyway, a tip if you wanna spend some time laughing. 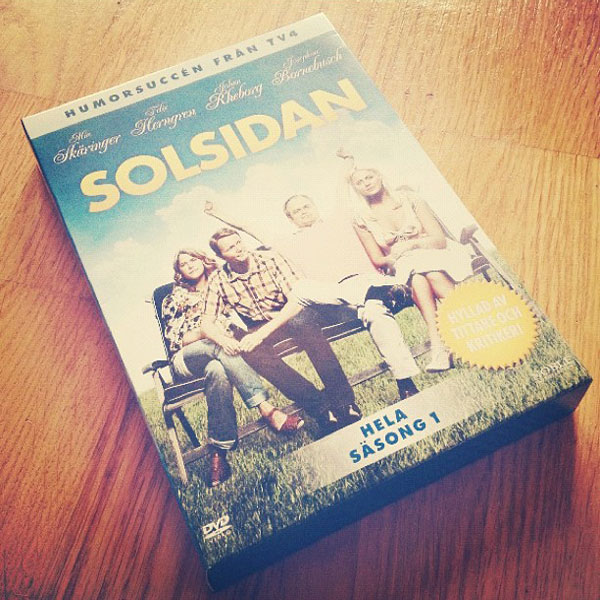 it has been a pretty tough day today, but i’ve been trying to focus on good and positive things, such as playing on my new guitar (loooove it!). think i’m gonna keep myself busy with some cleaning of the apartment now and then perhaps go through my clothes so i’ll have space for new stuff after our ireland trip. we’re planning to spend some hours in penneys at this time next thursday. yay!

oh, another thing, i have added a link in the menu to the left where you can easily access the “two chicks and some beer” project. all related posts will show up there.