I’m officially a UNCA student now! Friday, August, 16th, I went to UNCA for Orientation (a.k.a. information, guided tour, meet other freshmen/international students) and Convocation (a.k.a. traditional welcoming ceremonies with speeches, rubbing the mascot “Rocky” – a bulldog, and also rubbing the bulldog statue). So much fun!!! It was a full scheduled day from 9 am till midnight, for those who attended everything. I stayed until 8pm-ish since I don’t live on campus, and we wanted to go downtown Asheville for some music and beer. Ok. Gonna show you some pictures. I tried to soak in every second of the day, and I will always remember this day as a kick-start of my “new” life and career!

First some UNCA gear, the program for the Convocation ceremony, and my “Class of 2017”-pin! 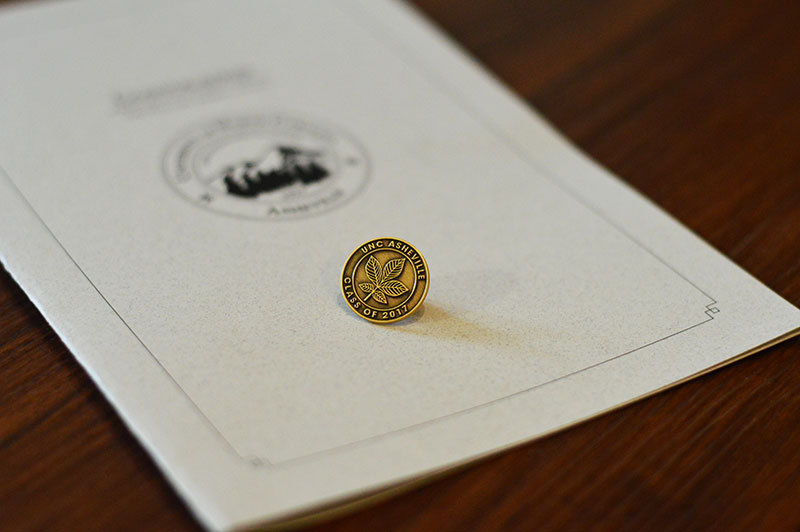 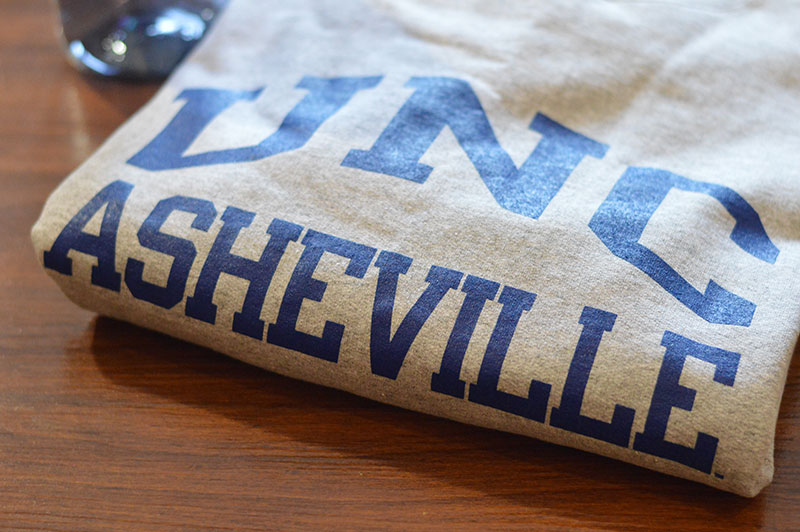 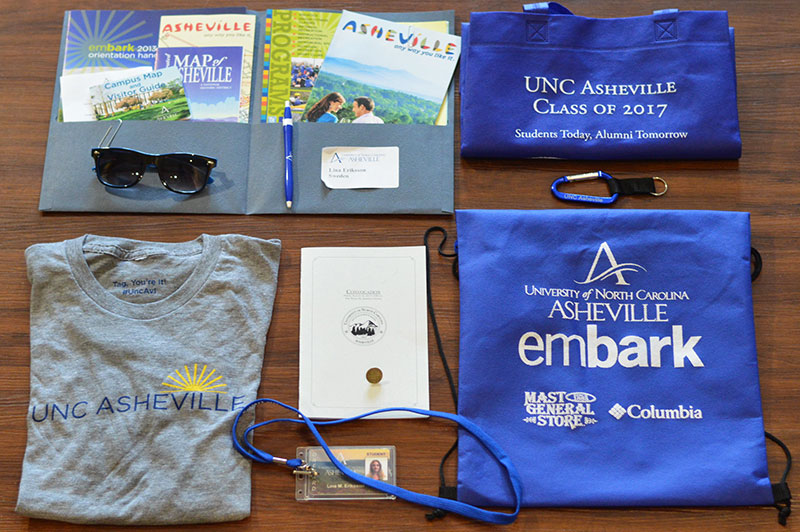 In the morning, right before I left! All ready and set with some butterflies in my stomach! 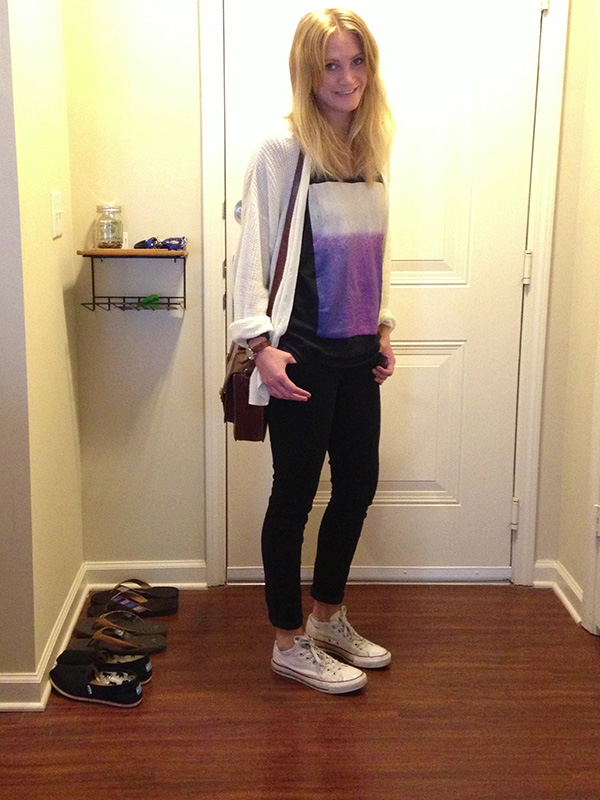 After information, practical things (fixed my student ID-card etc), a tour of the school, lunch, and some free-time (went with some other students and checked out their residence halls), we headed to the big gathering on the track. It was time for the big welcoming ceremony – Convocation! Apparently, we are the biggest class in years! All freshmen in the picture below. 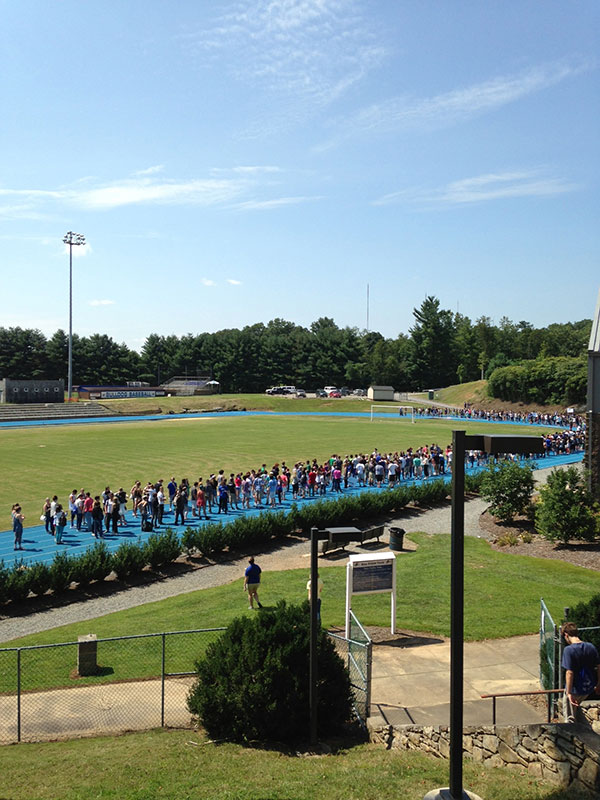 A speech by one of the professors… 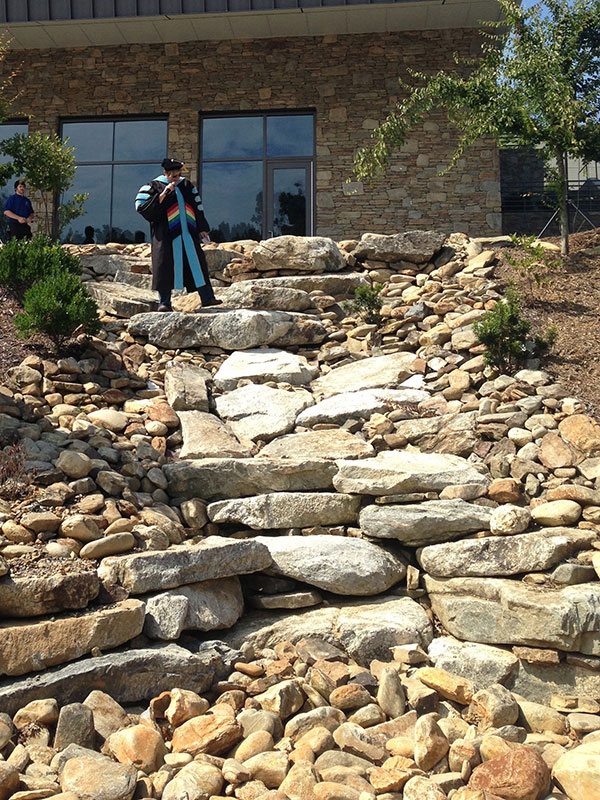 …while we were listening, standing in two lines, ready to touch the bulldog statue (good luck for your studies!), and then  entering the big arena for Convocation! 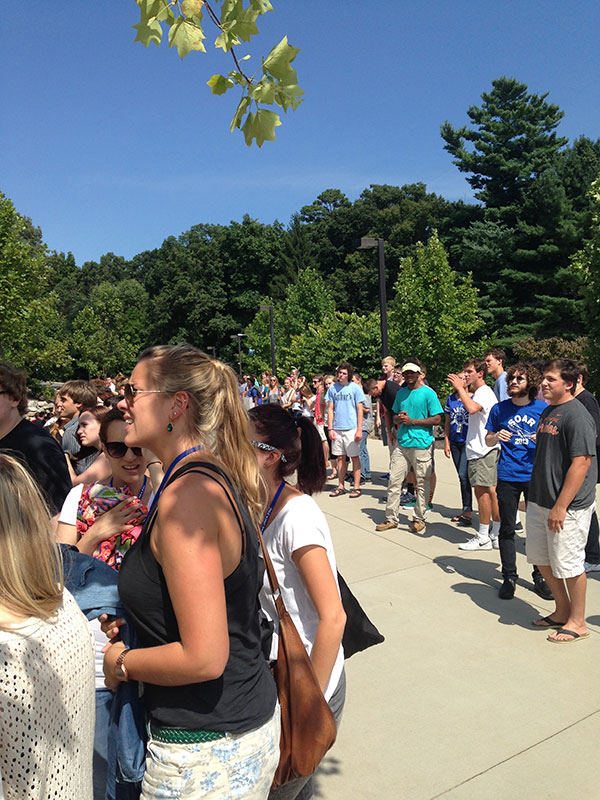 Oh, yes! I’m touching the bulldog statue for good luck! Will do the same, as an ending/goodbye/thank you, once I graduate! 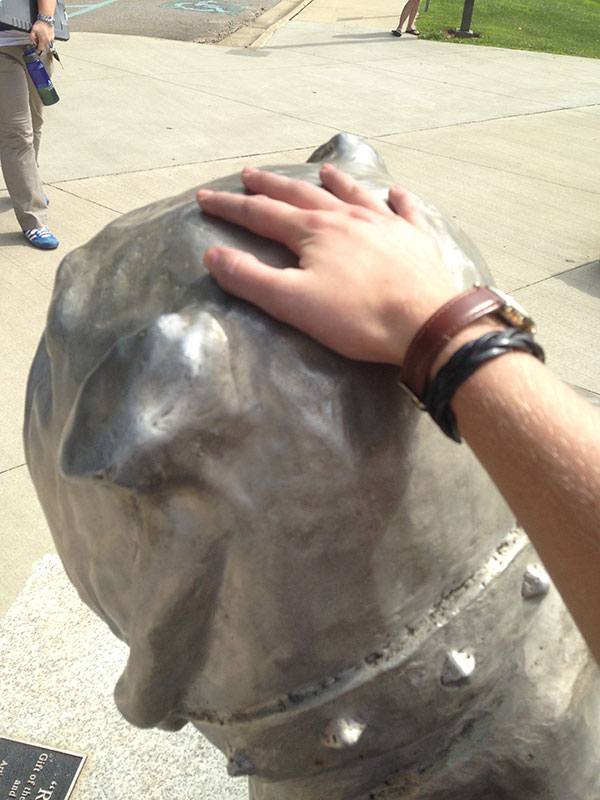 Entering the big arena, which can hold several thousands of students at the same time. Convocation is about to start. 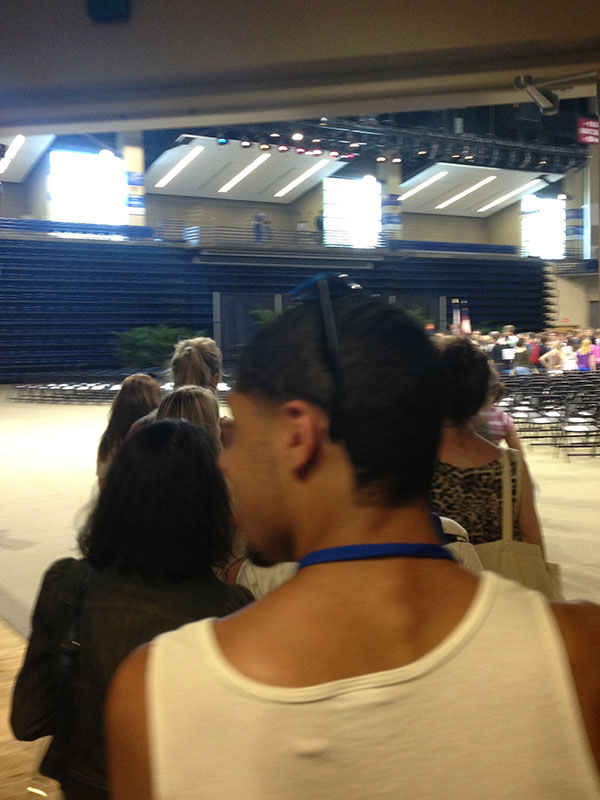 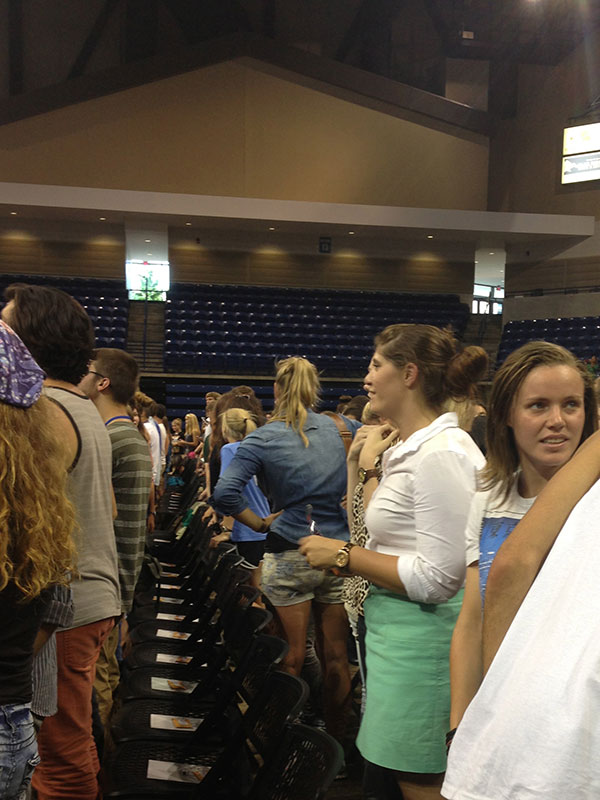 The professors walked in after us, dressed in all their different robes. 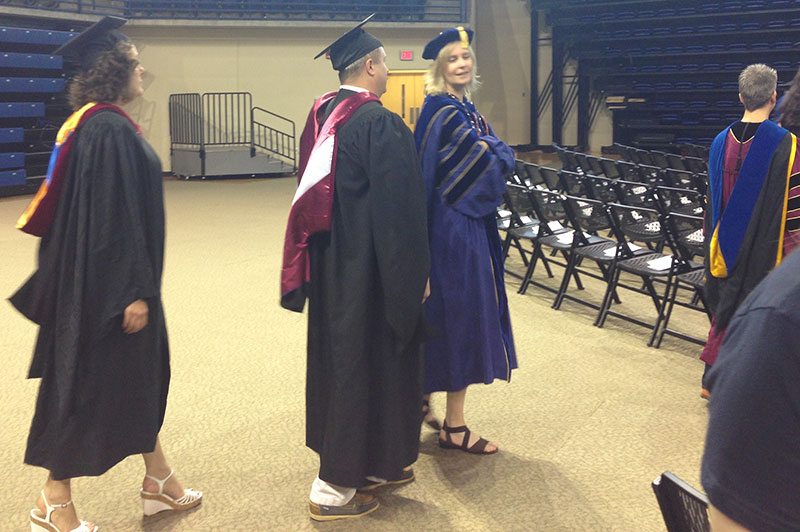 All the freshmen (first year college students), the professors, and some family in the audience. 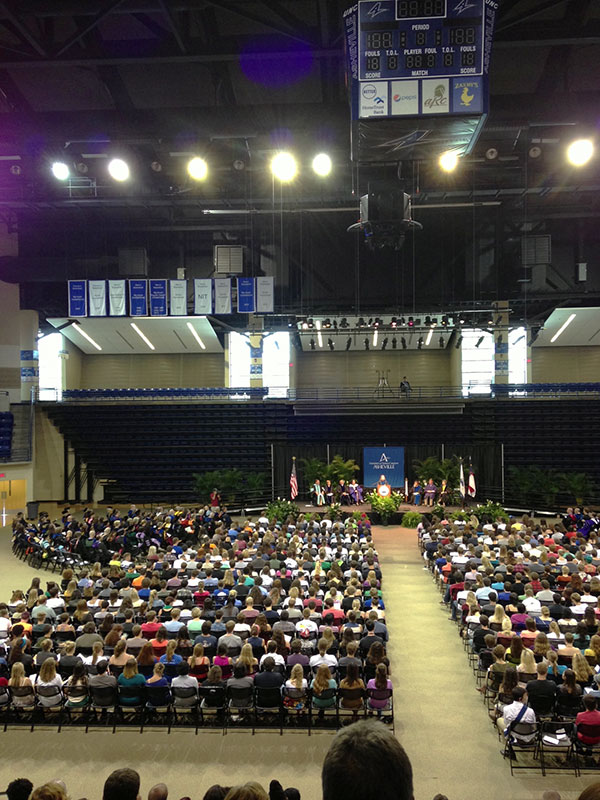 There was a huge picnic afterwards with a crap loads of yummy food, activities, and music. We were chilling, talking, and got to know each other a bit more. 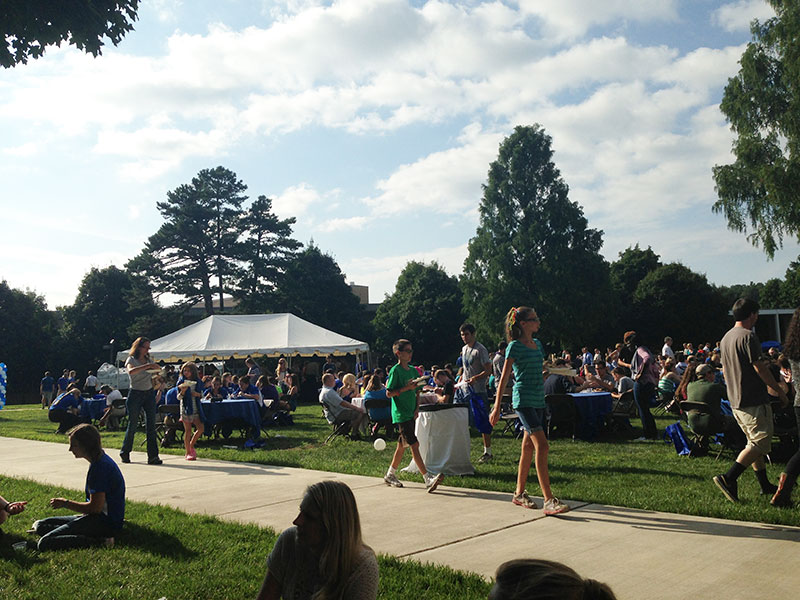 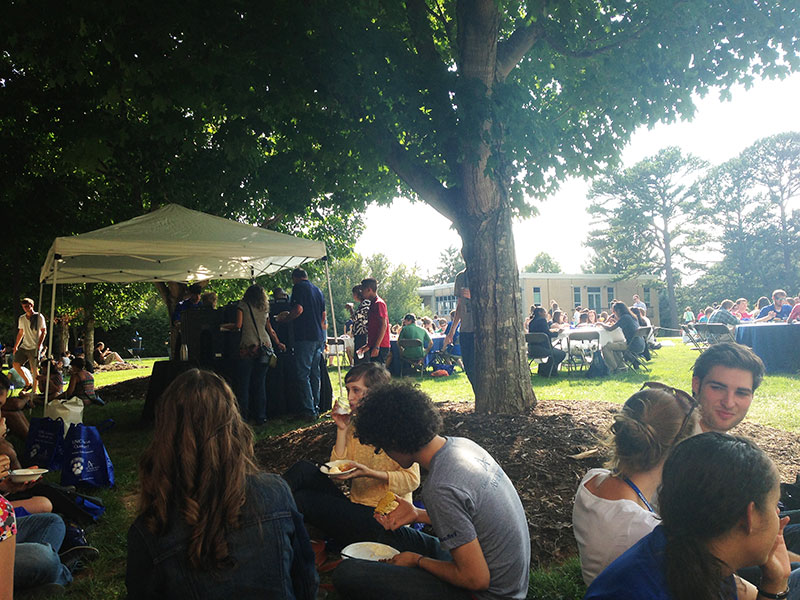 After sitting at the quad (the main grass area between all the academic buildings) for a couple of hours, Liz and I decided to head downtown Asheville to grab a beer and celebrate that my first day at UNCA (no classes yet though) was over. We met up with Liz’s brother and had a great time sitting outside, drinking good beer, and just chatting. We were gonna head home afterwards since I was so tired, but got “stuck” at the “drum circle” which is being held Friday nights downtown Asheville. It’s basically to just bring your own drum and play. The ones who don’t have a drum, just dance. I love it. You just can’t stand still with all the rhythm going on. 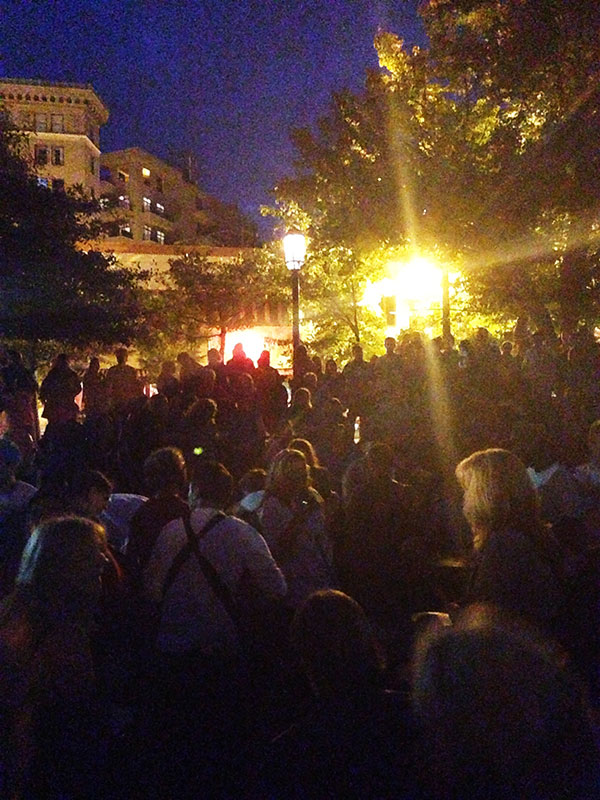 It was an amazing day, and such a good start of my first year, out of four) at an American College. Classes start on Monday, so tomorrow is gonna be a day of resting, working on my “pro-bono” project, and preparing a bit for Monday (read: what time, what books, and where to be!). Yay!

Check out a video UNCA put together from Friday here!

Do your little bit of good where you are; it’s those little bits of good put together that overwhelm the world.