glimpses from the school application process

Some pics from this fall of preparation: 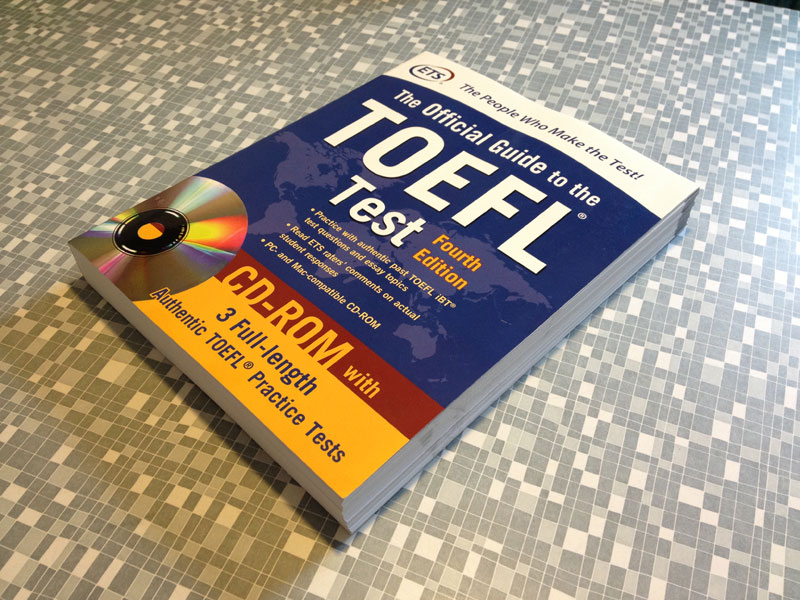 I ordered the guide book for the TOEFL-test (the English test all international students have to take in order to apply to an American University) so I could prepare myself as good as possible. I took the test in Stockholm in the middle of November. You know when Liz and I went to Stockholm for a long weekend (check out blog posts in November 2012, here), and I got to sing with the band Blackbyrd in Old Town Stockholm. The main reason we went up to Stockholm was actually for my scheduled English test. I had to get above a certain grade/points in order to even apply to the University. 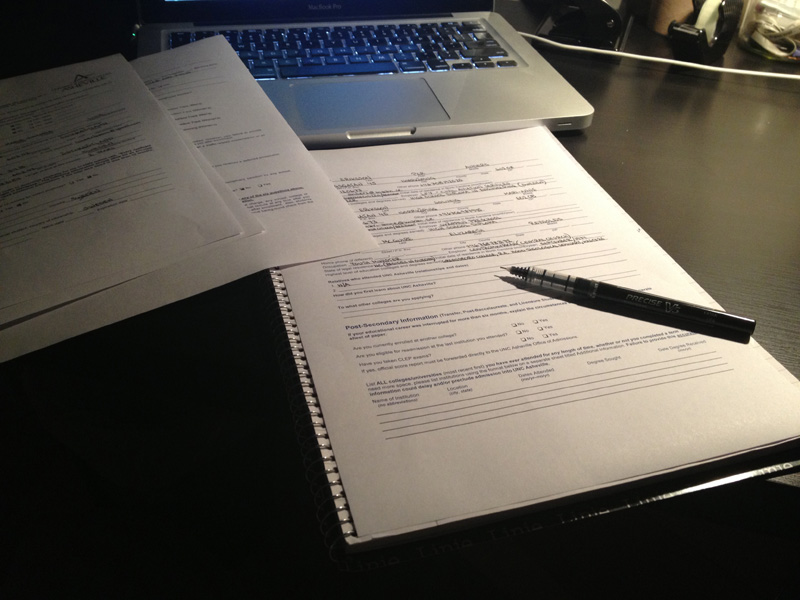 I filled in the application to the school, which was several pages with plenty of detailed information, and it took me a while to do it. I ended up doing it online instead though. Still many pages to fill in and not like in Sweden where you basically check a box of which program (major) you would like to study, which school, in what order, and then the computer system has all your information and former grades. I kind of like the idea of how they are doing it in the States though. Feels more serious in some ways since you have to put a lot of effort into filling everything in, and also pay some money. 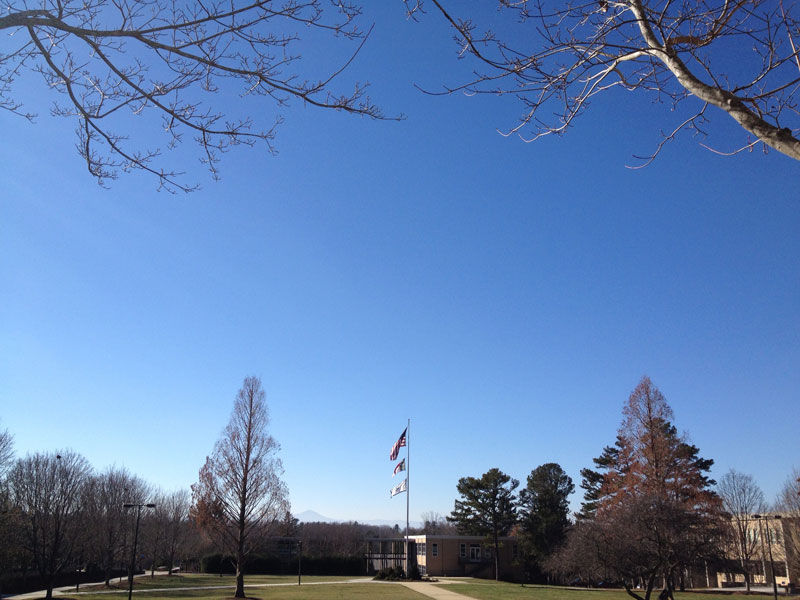 It is pretty common for prospective students in America to do a school visit. You get plenty of information about the school, get to see what it looks like, and have the opportunity to ask all your questions to present students, and admissions staff. It’s probably not as common for international students to visit the school, but since Liz and I spent Christmas and New Years in the States, I scheduled a visit. The students still had their winter/Christmas break so I didn’t get to meet with a student, but I met with an admission counselor (who had actually studied at UNCA). Liz and I walked around campus after the meeting to get the feeling of it. Some buildings were open so I got to check some stuff out. It felt great from the first minute I was on campus ground.