August 16 was my first day, with orientation at school, and classes starting on August 19. The crazy thing is that I’ve already done one quarter of the semester now since the last lecture I will have is right before Thanksgiving (in the end of November)! The finals are the first week of December. So, let’s check out how my first month in school has been, with pictures from my phone/instagram account: 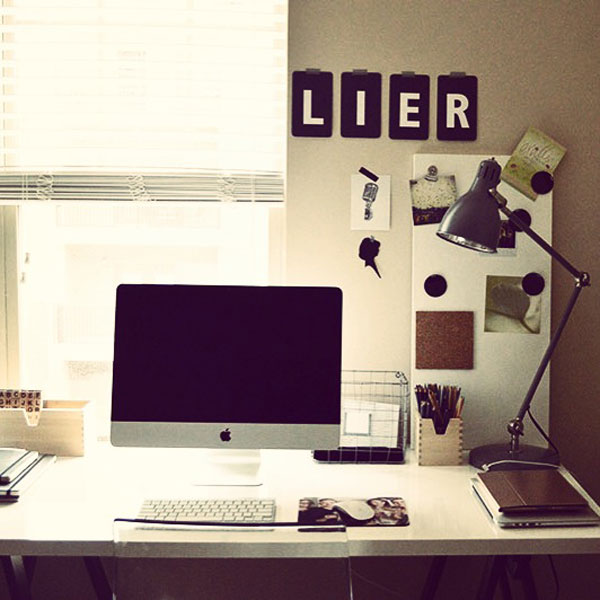 My desk at home in our studio (we think it sounds better calling it studio instead of office…hehe). 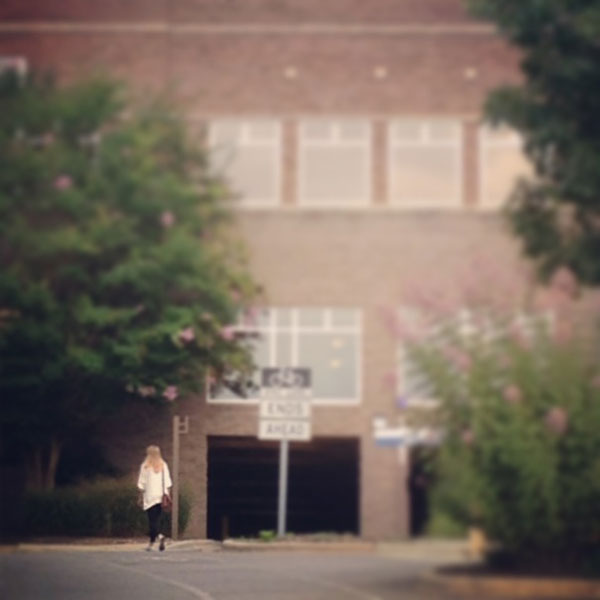 First day of school – orientation day so no classes. 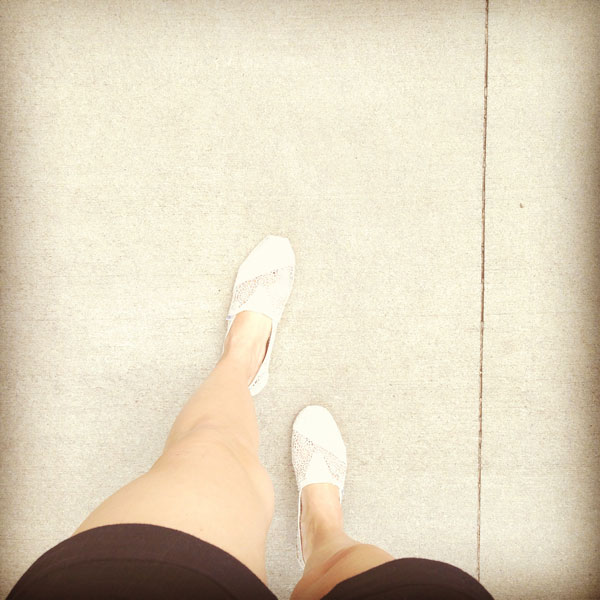 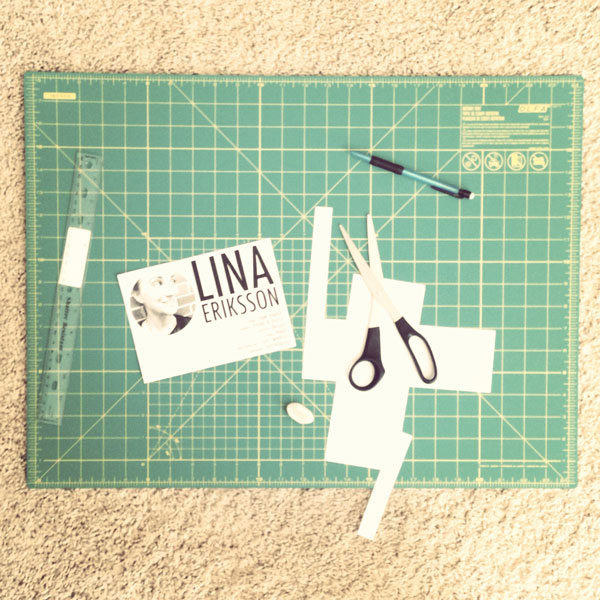 Doing homework for one of my New Media classes. We were gonna create a card with information about ourselves. 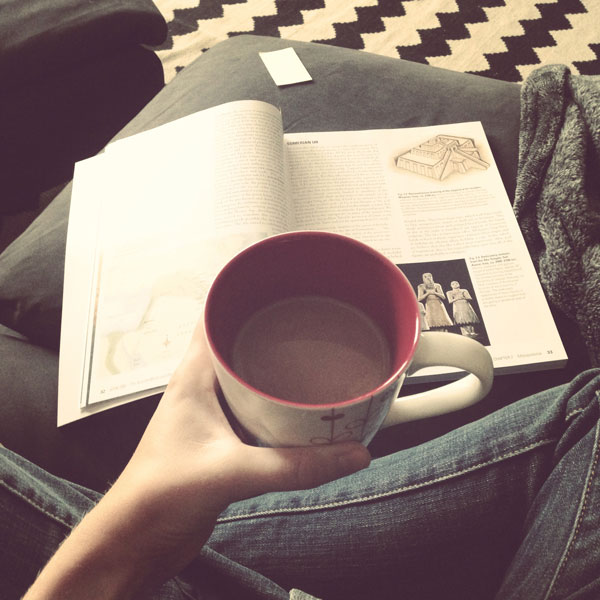 Studying history one morning while drinking coffee (as always). 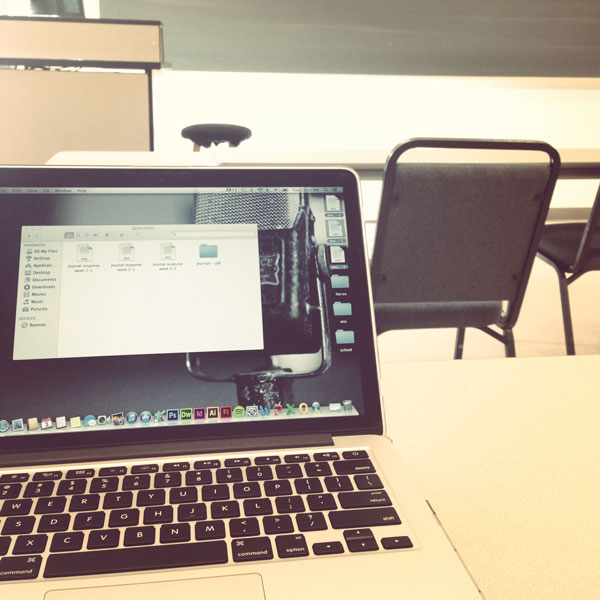 First student in the classroom one day… 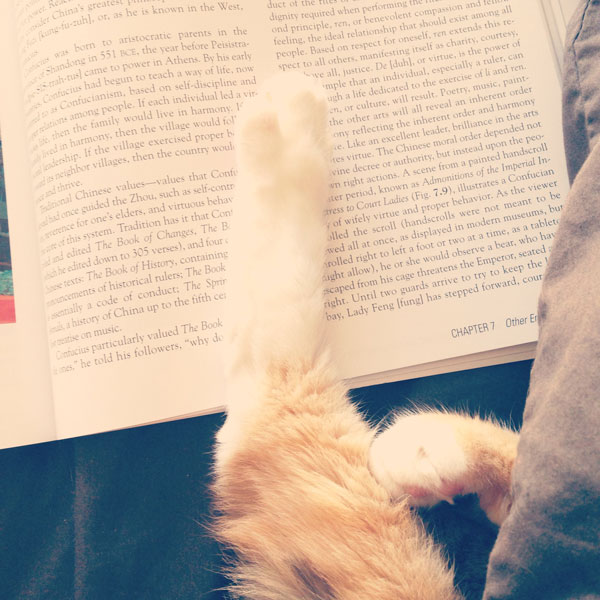 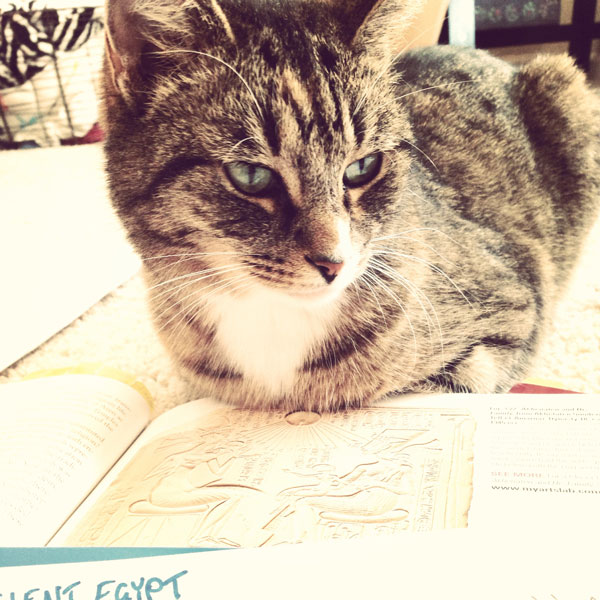 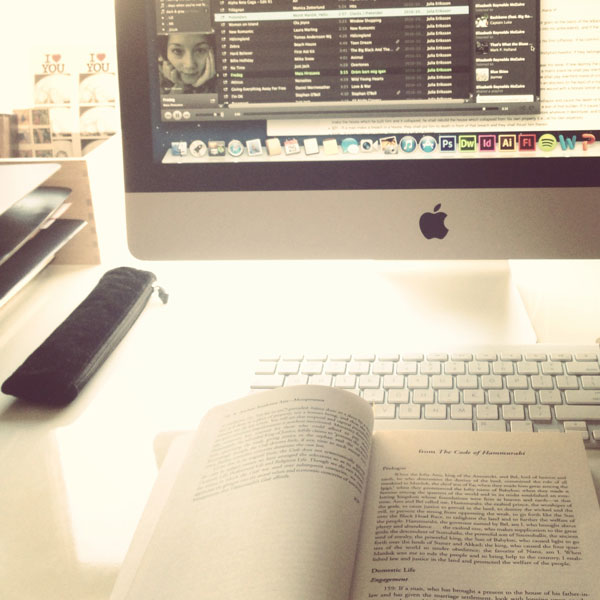 Music is so helping me out when studying. One of many hours I’ve spent at my desk. 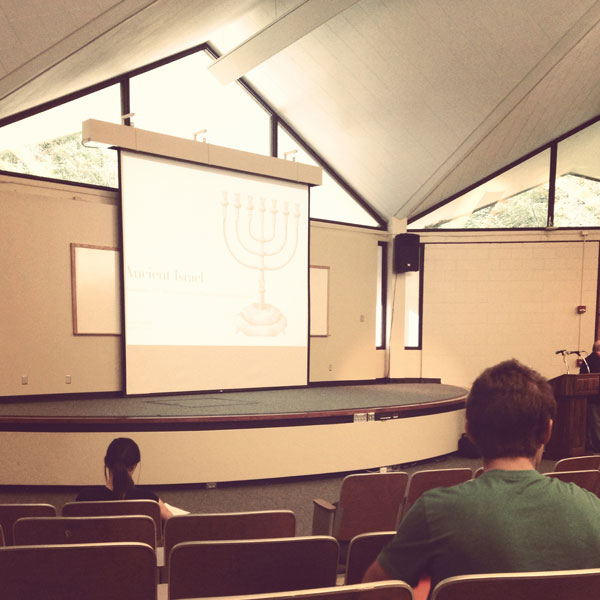 One of the lecture halls where I have my humanities class (history). Here, about Ancient Israel. 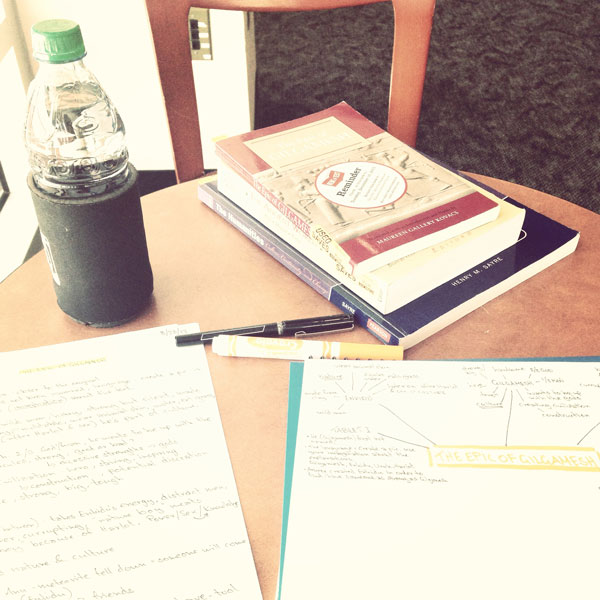 One afternoon at school. Studying for my first exam (which turned out pretty good, yes!). 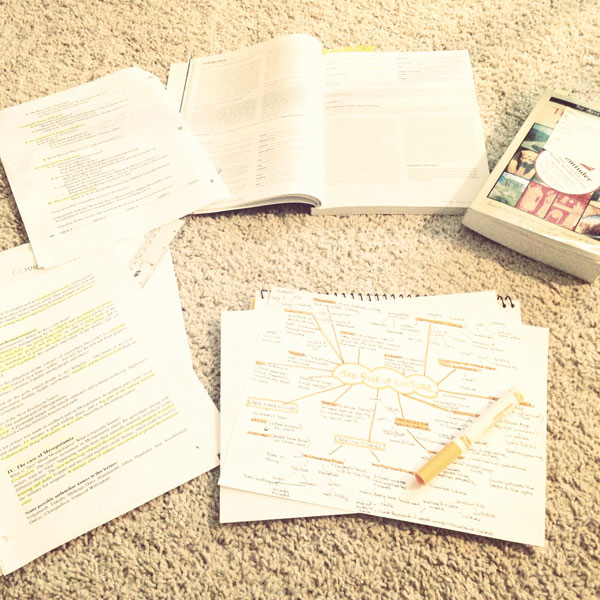 Again, studying for the same exam. Don’t know how many of these mind-maps I did..probably ten, because it was SO MUCH to learn! 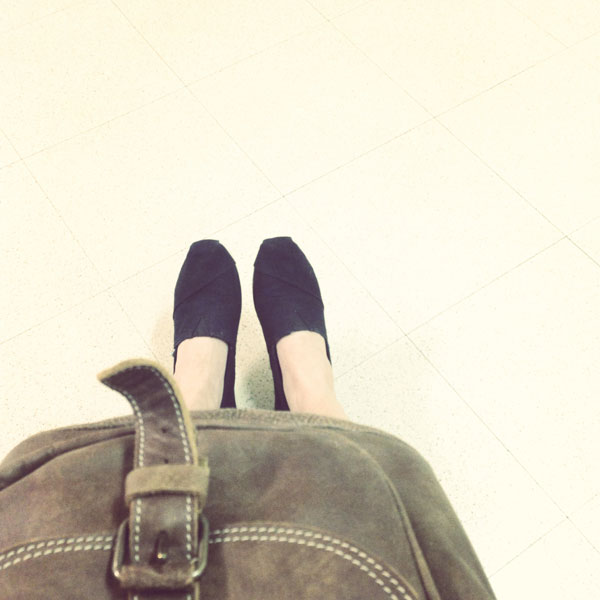 Waiting for my individual conference with one of my professors in order to talk about my memoir. 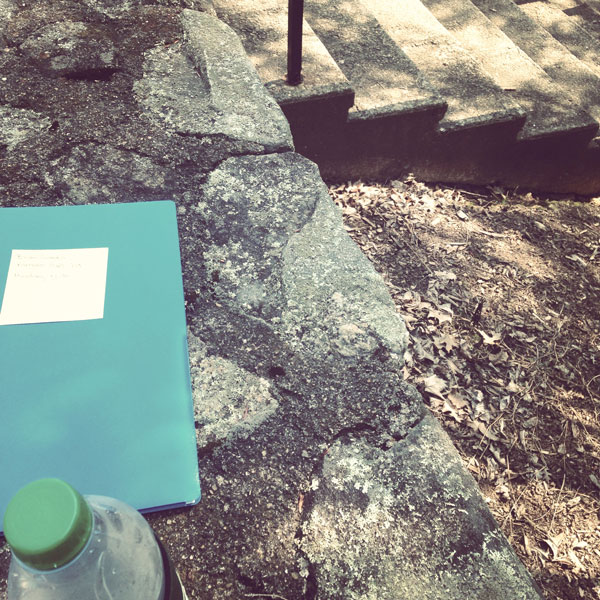 Waiting for one of my lectures to start. 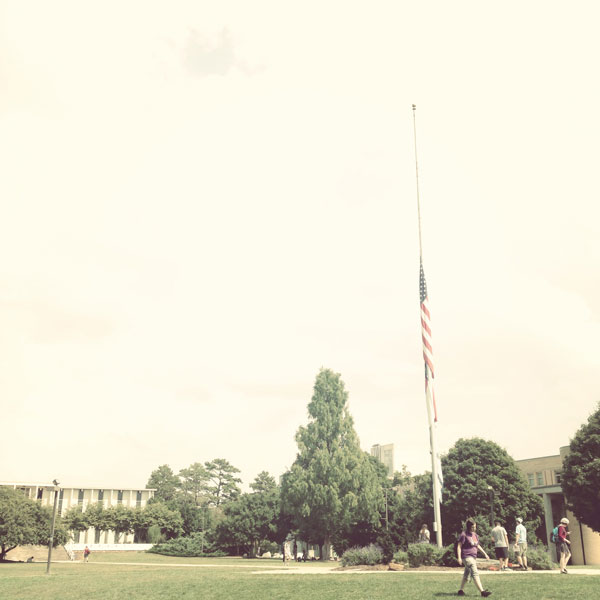 In memory of all the people who died, and their families, in the 9/11 attacks… 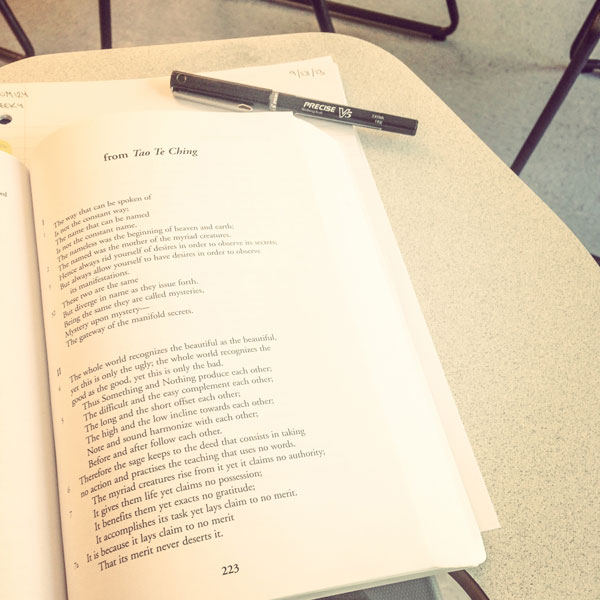 Yesterday’s lecture about an Ancient Chinese poem. Daoism it is.

I’ve also been hanging out with some friends, been out in nature some, eaten good dinners and lunches out, been swimming in the pool, done a little bit of shopping, relaxed at home, watched tv series, and plenty more. Since I’m not living on campus, and sort of have my own family life here, I don’t attend as many things on campus – good or bad…but that’s something I need to figure out to balance..

So it’s Saturday now, and we don’t have any specific plans more than going to Target in order to get some lights to put on our balcony, I believe. It’s way cooler outside and that made me pretty excited. It’s been pretty warm lately (80’s/25-ish or warmer). For my Swedish brain, it doesn’t make any sense since it’s the middle of September, the trees are turning their colors into fall, but it’s still warm like it’s in the middle of July in Sweden. It messes with my brain. Anyway.

Hope you will have a good weekend!