Christmas Eve morning, I started with a FaceTime date with my Swedish family, who were eating lunch about the time I woke up here in the States. I got to say hey to my beloved grandma, mom, dad, brother + girlfriend, aunt, and three of my cousins. They were later on heading to my sister’s house to continue their Christmas Eve celebrations. Once we hung up, Liz and I did some last minute errands (along with some other people…hmpf). Liz’s parents stayed with us for some days and they were doing errands as well during parts of Christmas Eve. 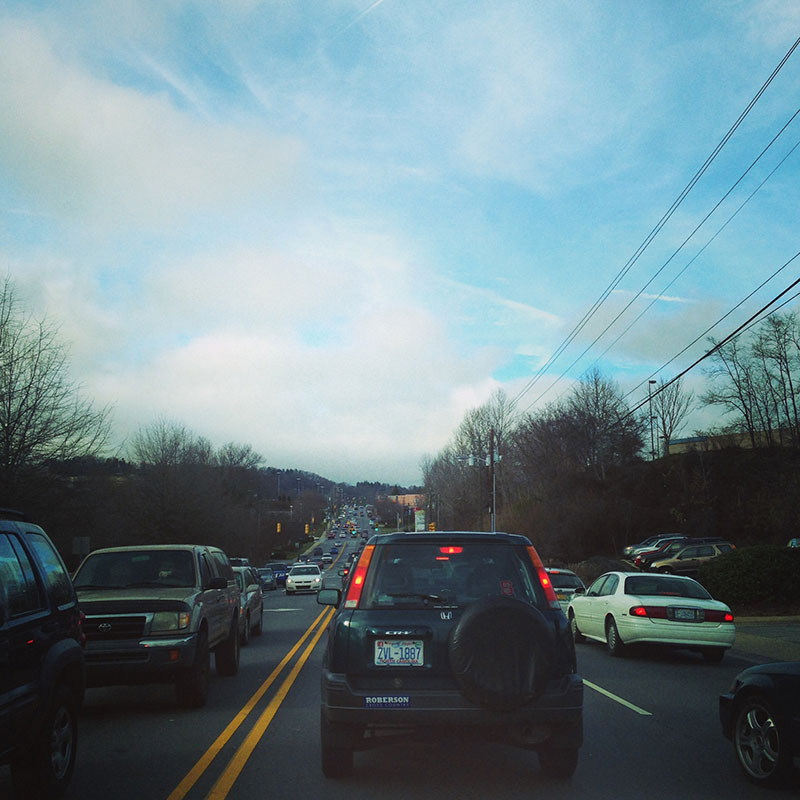 Later on, we baked gingerbread cookies. I don’t really like them, but tradition it is, and it smells so good in the the apartment while baking them. 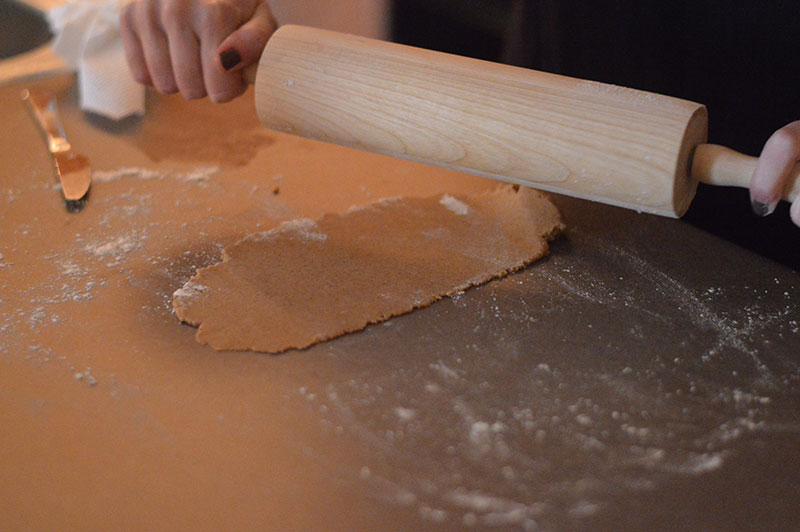 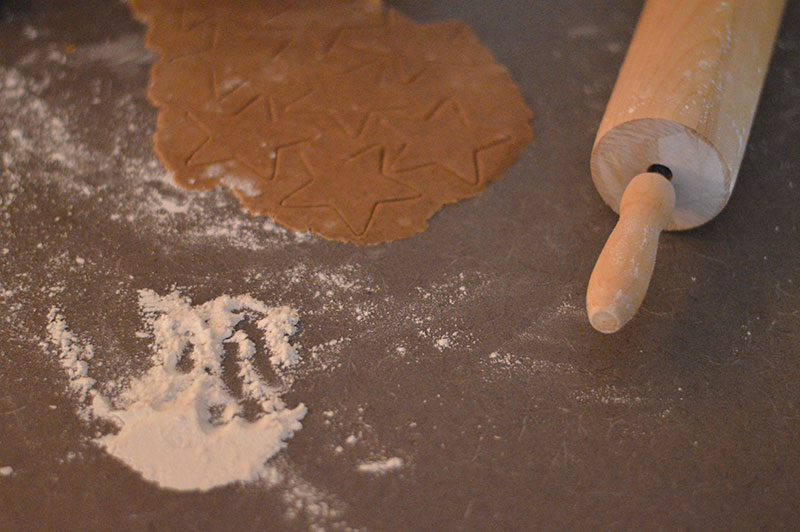 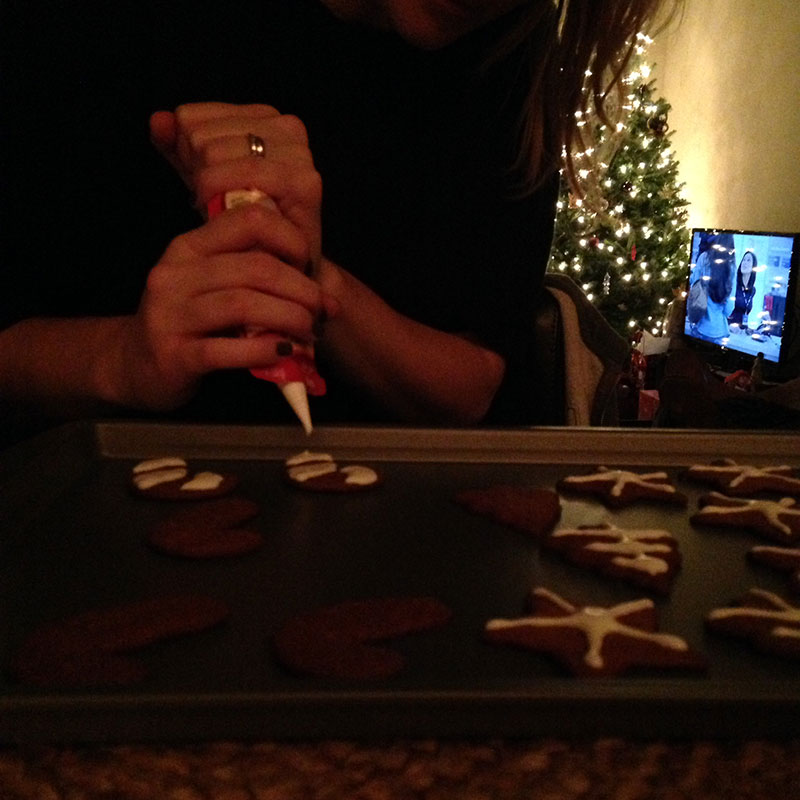 It was so cozy in the apartment and this picture below is taking from our balcony.. 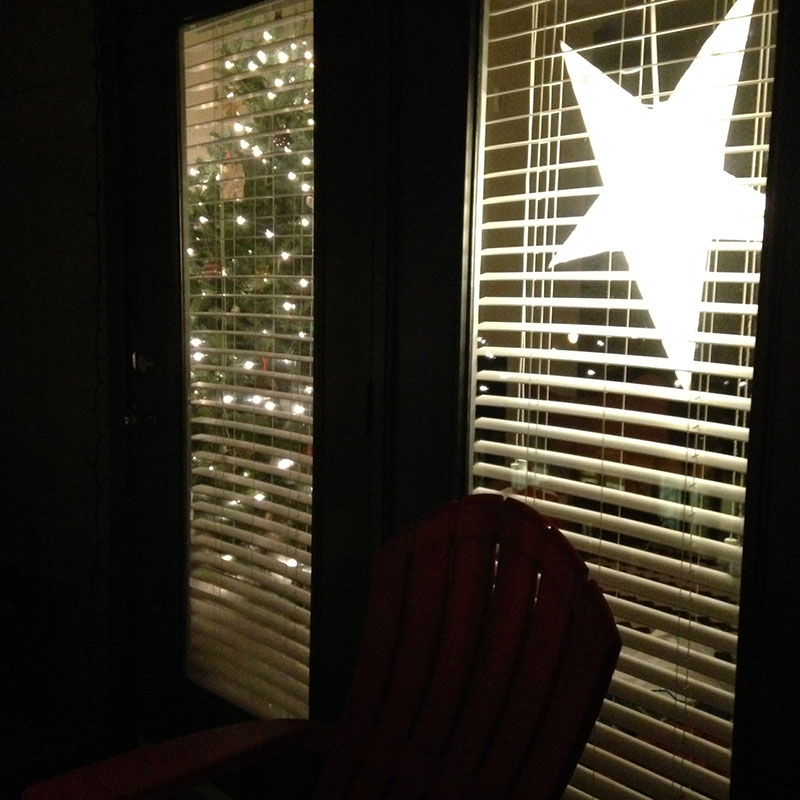 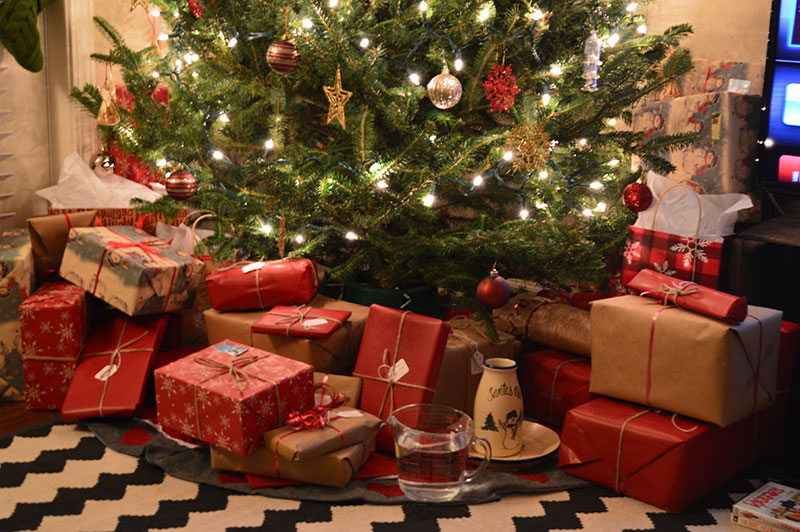 Since it was Christmas Eve after all (the day for Swedes to celebrate), we decided to eat a little Swedish food, a.k.a meatballs (veggie ones), potatoes, lingonberry jam, and cream sauce. Yummy, it was! Then we prepared some milk and cookies for Santa Claus to eat and some carrots for the reindeer (major American tradition where you put it out on Christmas Eve, by the fireplace, and during the night when Santa comes and fills the stockings, he can have a snack. The next morning when you wake up, the milk is gone, and just some cookie crumbles left on the plate, and the stockings are filled with gifts). 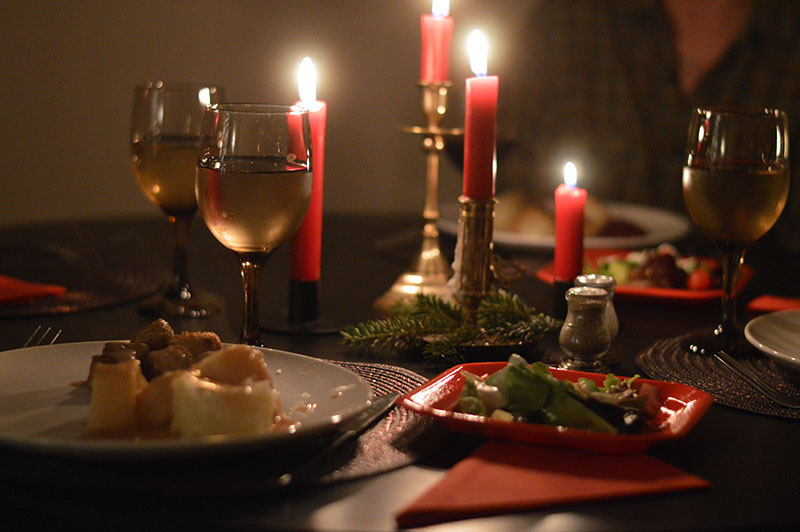 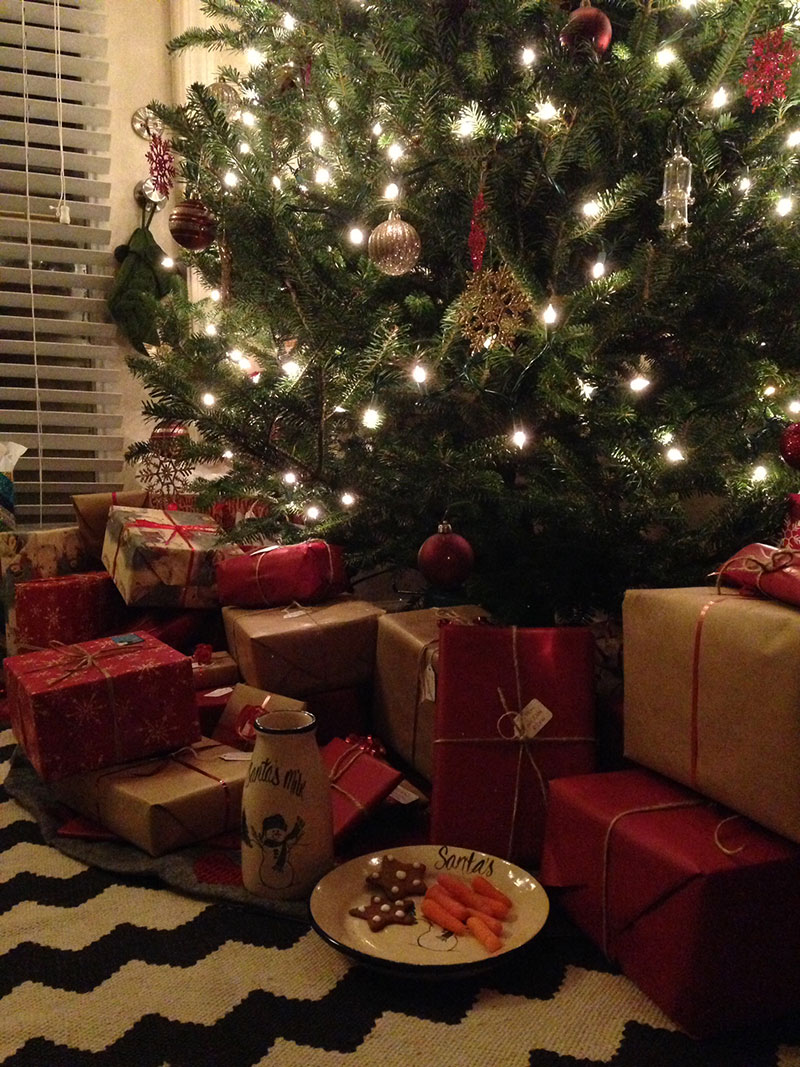