On Christmas Day we woke up, drank coffee, opened our stockings that Santa had filled during the night. Zola got her own little stocking with gifts and a bigger Christmas gift in form of a scratching/resting pole. She loves it, so it was a hit! 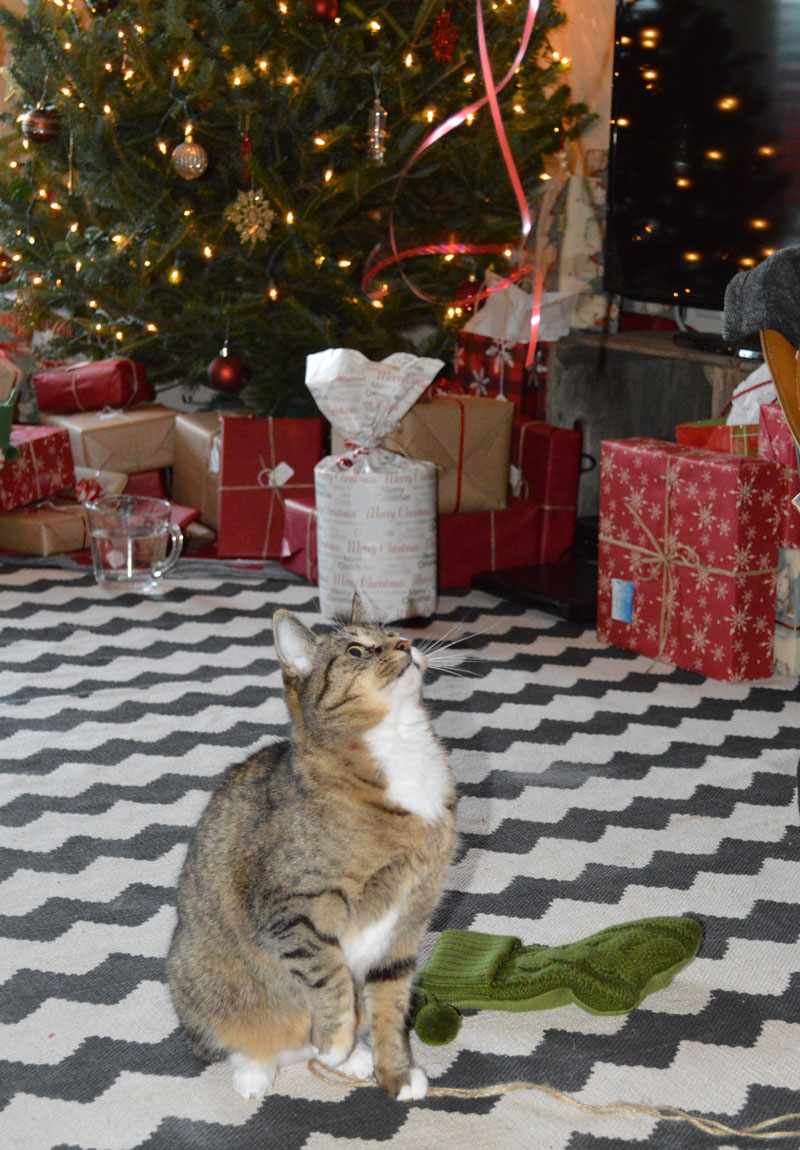 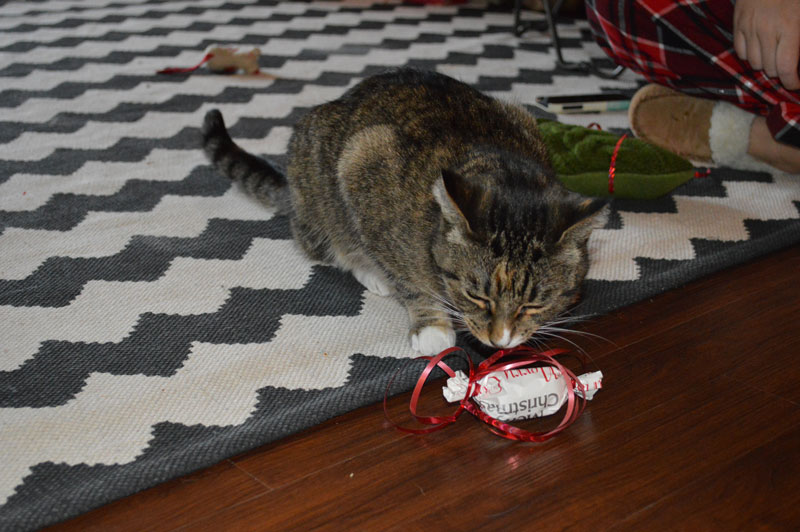 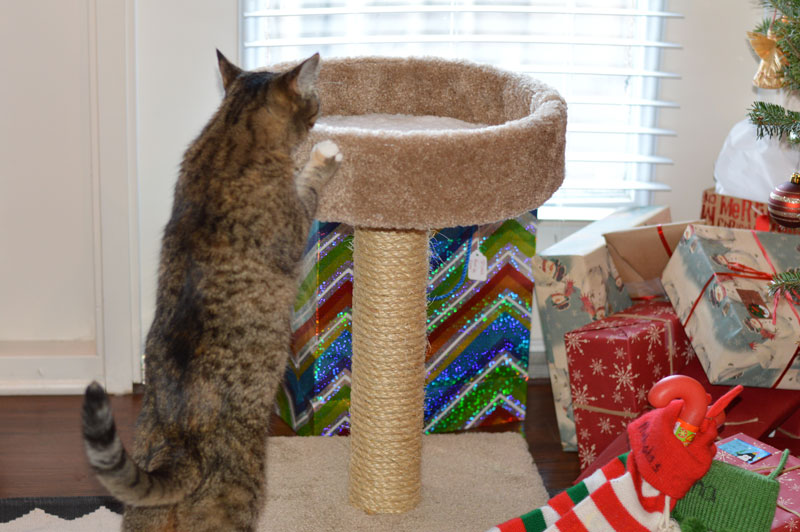 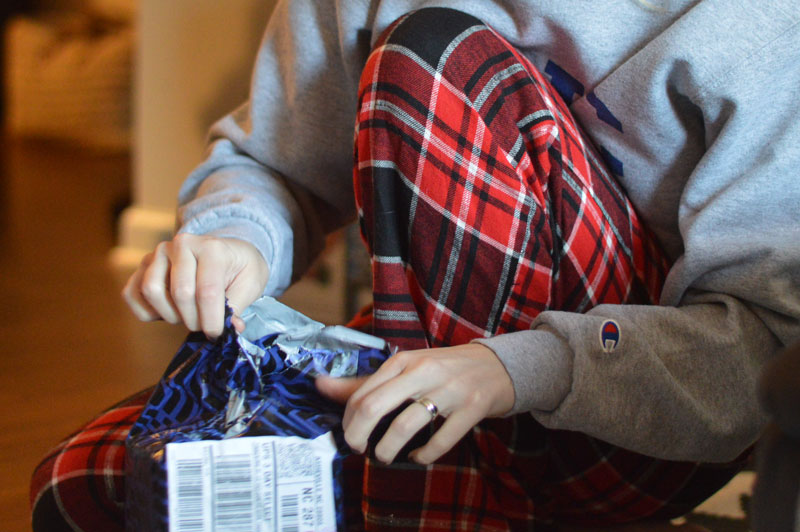 Santa had brought me a gift, outside my stocking, as well! 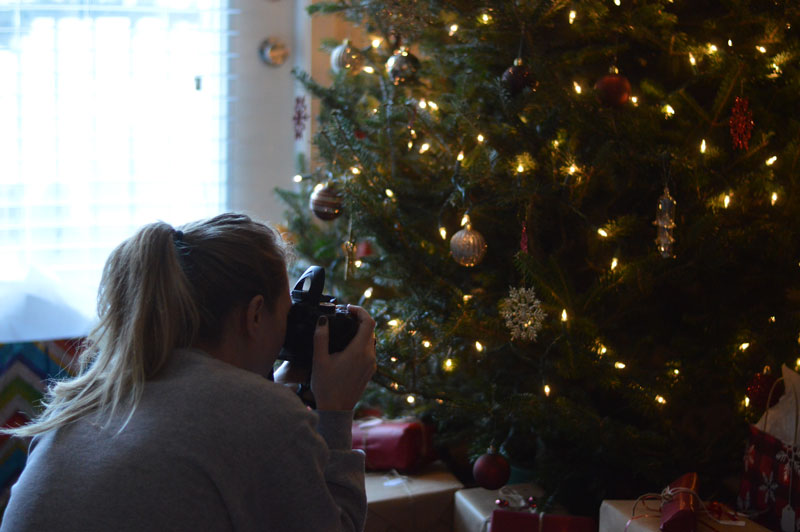 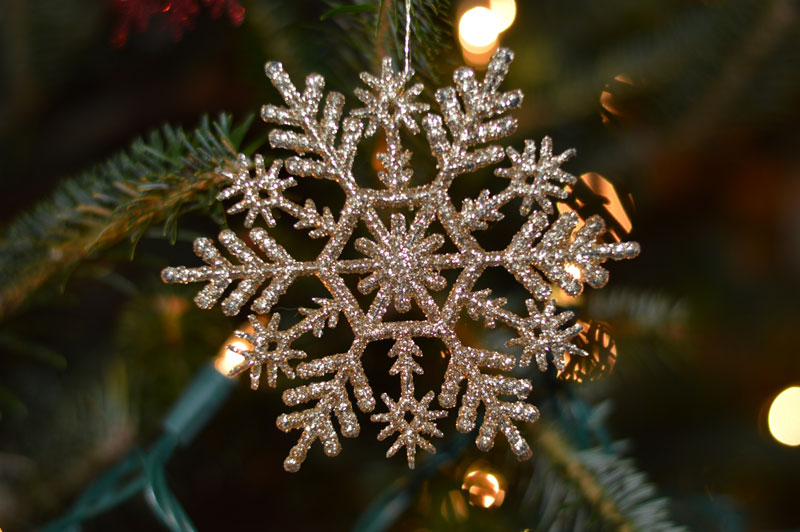 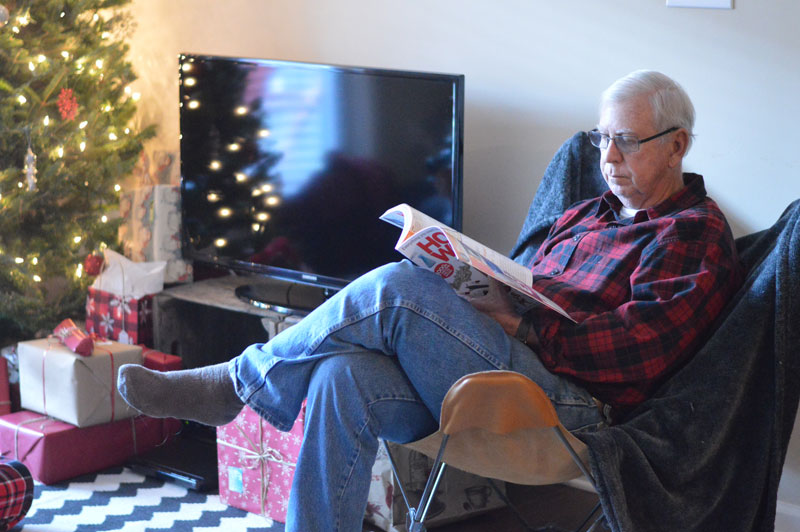 Lis’z dad reading a magazine he got in his stocking. 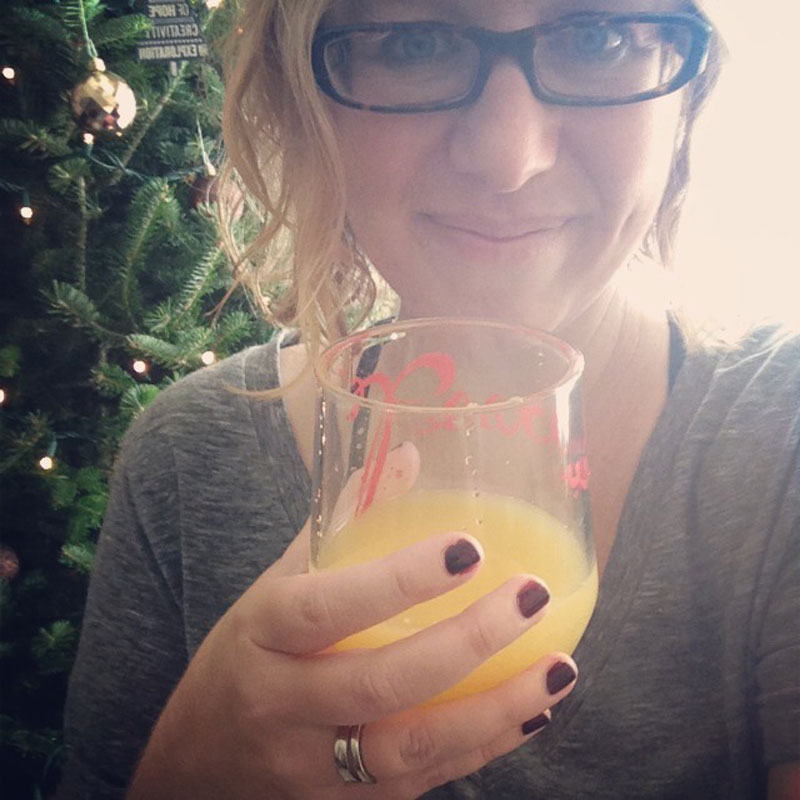 Liz and I were drinking mimosas (orange juice mixed with Champagne). 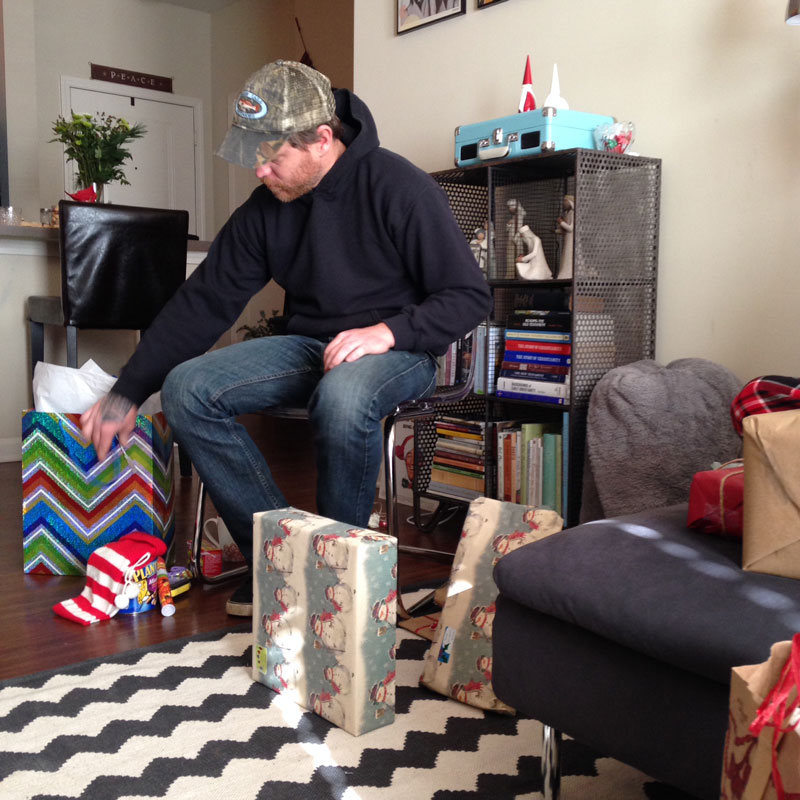 After we opened our stockings, ate breakfast, prepared some Christmas food etc, it was time to open our Christmas gifts!
This is Liz’s brother! 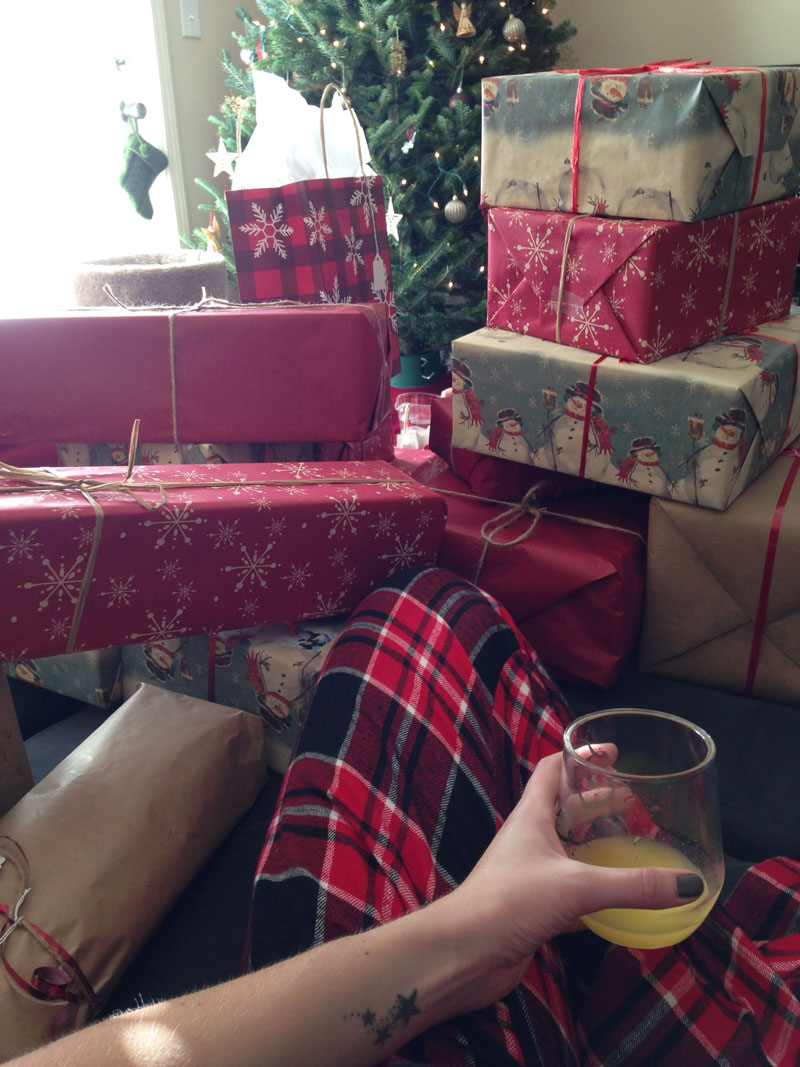 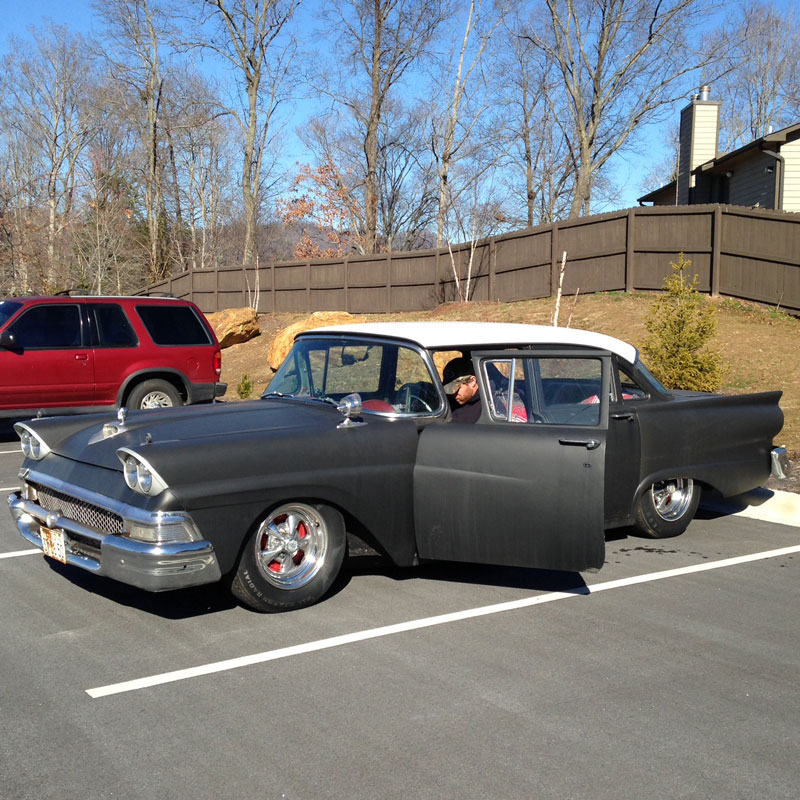 Liz’s brother has bought a new old car (Ford Fairlane ’58) and we got to ride in it. 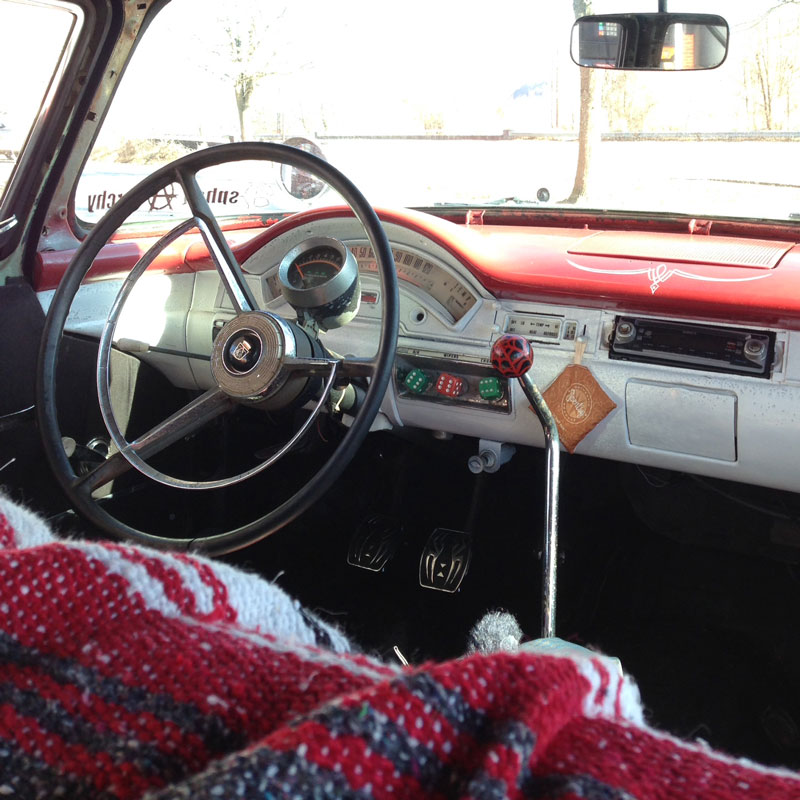 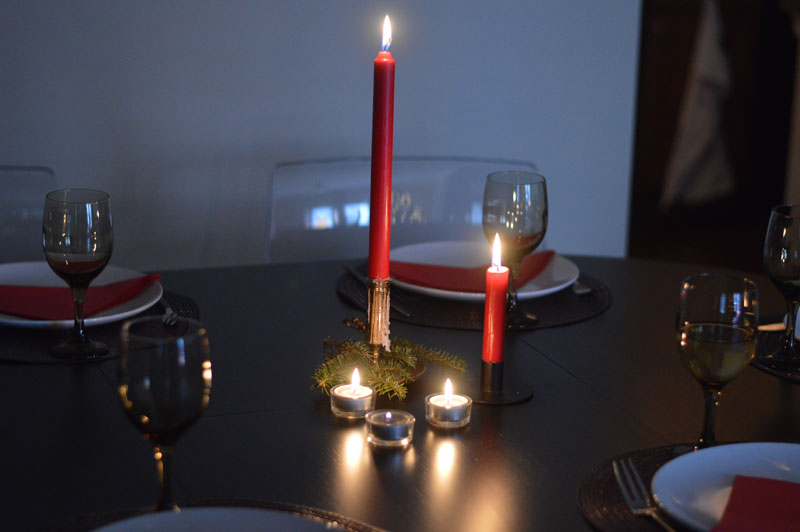 After the ride, we prepared and cooked food, and ate Christmas dinner in the afternoon.
The food  is pretty much the same as on Thanksgiving, but this time the meat-eaters switched the turkey for ham. 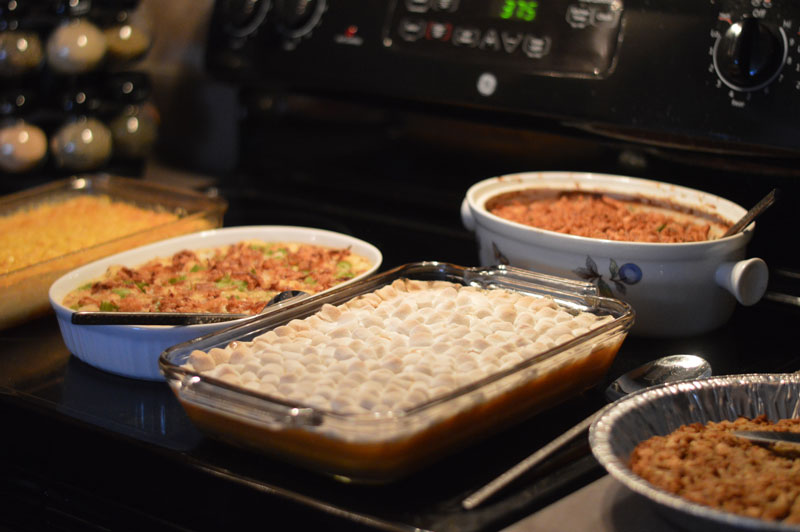 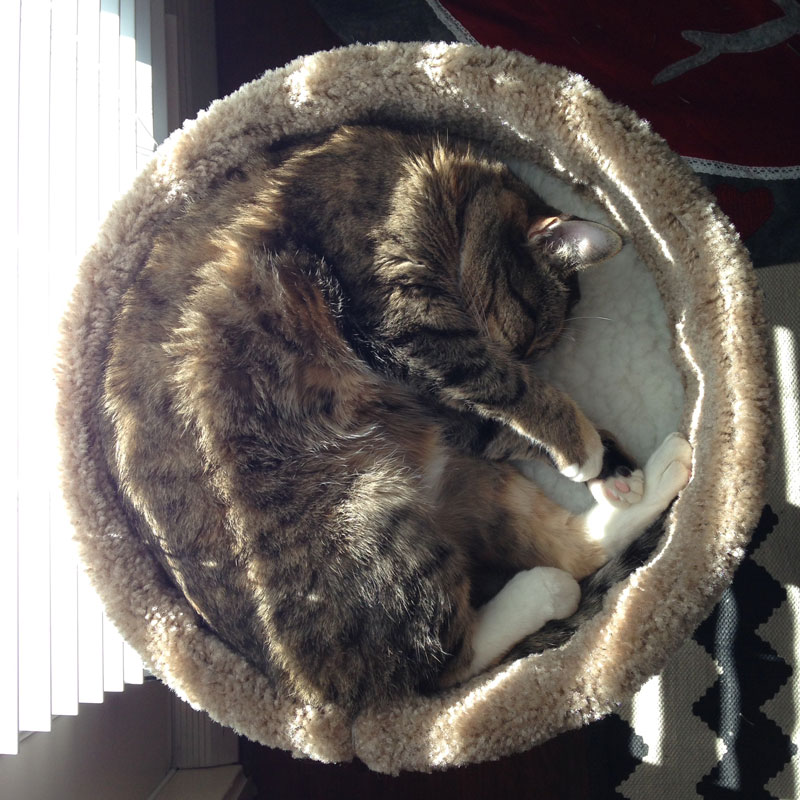 After dinner we all chilled, watched Christmas Concerts on TV, movies, and just relaxed.
Zola was a bit tired later on in the afternoon…and she truly enjoyed her Christmas gift.

Gonna take some pictures of my Christmas gifts and show you..so stay tuned for the next post!