The Holiday Season has begun + video

Hope you’re having an awesome start to the holiday season (if you’re into those kind of things). I must say, Liz and I have made it really cozy here at home with stars in the windows, a Christmas tree that is up and decorated, and last night we drank mulled wine and ate a typical Swedish Christmas saffron bun. When typing this, I’m also listening to Christmas music with candles lit around me; so in other words, the Christmas spirit has arrived, and I love every single bit of it.

We’re celebrating Christmas Eve (the Swedish way) at my parents’ place this year, but flying to the States on the 26th to spend some quality time with my in-laws and friends there. So pretty much the best of both worlds this holiday season, which is super fun!

We decided to film and make a YouTube video while decorating this year, so let’s check it out here below ♥ Happy First of Advent!!

As a little love letter in motion digital format, I’ve put together a short video of our time in New York City this summer. Gaaah, love that freaking city so much. And when we’re at it, I would be deeply thankful if you would like to hit that subscribe button on our YouTube channel, liz+lina ♥ Thankyouthankyou

I made a video the other day where I’m doing an unboxing, and talking about my eating disorder. Check it out ↓ 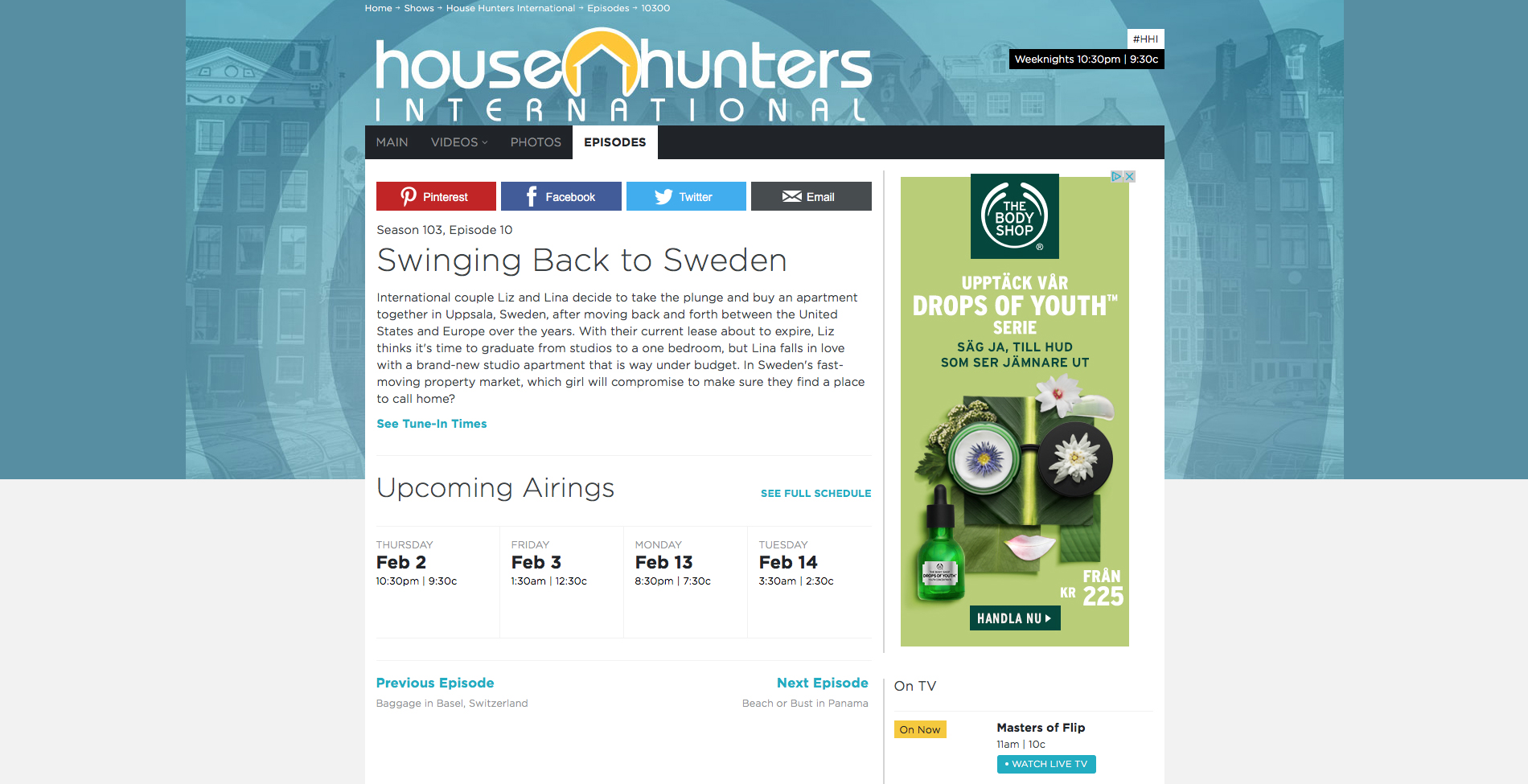 I thought we needed a little break from all the States pictures/blog updates, so let’s check out what my Saturday looked like instead. Come on & tag along!

The day I surprised Liz

Crazy. It’s been a while since I last posted something here on the blog. Oh, well. My life has been pretty intense, but not, at the same time. To be honest, it’s been pretty tough lately, but I keep fighting, trying to follow what the professionals and Liz are telling me to do. However, there are some struggles that are really hard right now, and it’s not really helping that day treatment is closed for about two weeks!! I understand the professionals need some time off too when the holiday is kicking in, but this is also a really tough period when having an eating disorder…

Friday was the last day for some of the girls at treatment as well, so it was really sad to say goodbye to them, and also to say goodbye to the girls who I’ll not see on a daily basis for a few weeks, like the past months. You get so used to the everyday schedule at the hospital with amazing people around you, and then suddenly, you don’t have them around you. I miss my heroes. Because that’s what they are, the other girls (well the professionals too), but gaaaah, I feel so much for the other patients. Ok, enough with that talk..I’m getting really emotional now.

Liz and I had some cozy time here at home with my brother, his wife, my cousin, her boyfriend, and my extra big brother (my real brother’s best friend). We drank Glögg (mulled wine which is a major Swedish holiday drink), ate some snacks, chatted, and played a quiz that Liz and I had put together earlier in the day. So much fun! We filmed some during the day so lets check it out instead of me trying to describe it.

Here we go! (for better quality, check out the video directly on my channel on Vimeo → here)

Episode 2 of Two Chicks & a Chat is now out! In this episode we talk about what we did this past summer, what our everyday life looks like now, and our Halloween plans!

Sorry for the not so good sound and picture quality. We tried a different way of recording it, but hopefully, it won’t be too disturbing, and we’ll try to make it better next time!

PS. For HD quality, check out the video directly on Vimeo → here.