On American ground and apartment pictures!

I haven’t given you an update here at all, but now I’m in the States and have been here for almost a week! The flight over was really good, and then the adventure started (which you can read more about on Liz’ blog, here).

It’s been a crazy and busy week. Liz and I have done errands, planned, organized, bought things, every single day in order to finish furnishing our apartment. I would say that today was one of the final things – to get a car, which we did. An amazing one. But more about that later on. I was thinking of sharing some pictures from our apartment and the process of finishing decorating it. Or more likely sort of “before” and “after” pictures. We had already ordered some furniture online which arrived some days before our arrival, and Liz’s parents brought it over, along with a sofa bed and some necessaries to be able to live in the apartment. Later on, we made a trip to IKEA, and also to a big store called “Bed, Bath, and Beyond” (pretty obvious what it’s selling), and then some other store not too important to write down. If you’re curious where we got some of the stuff, feel free to ask instead. Anyway, we start with the before-picture-ones.

We live in a two bedroom apartment (Swedes, think a three room apartment) pretty close to downtown although you still have to drive a car to get there. The apartment complex is really nice, and we absolutely love it here. Everything is new, clean, and neat. Below is our bedroom with the sofa bed we slept on the first nights before we bought our bed. The second picture is facing the other part of the room where we now have a dresser. Along with this master bedroom comes a walk-through-closet and a bathroom. 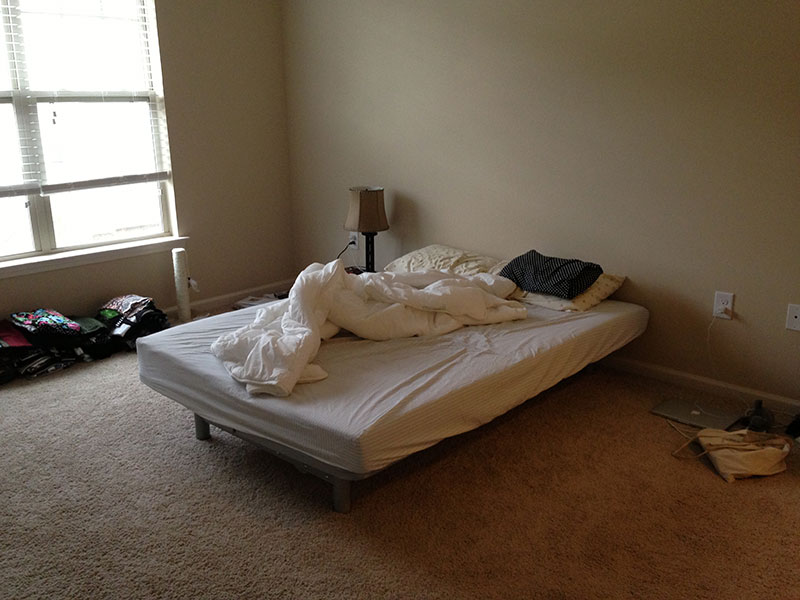 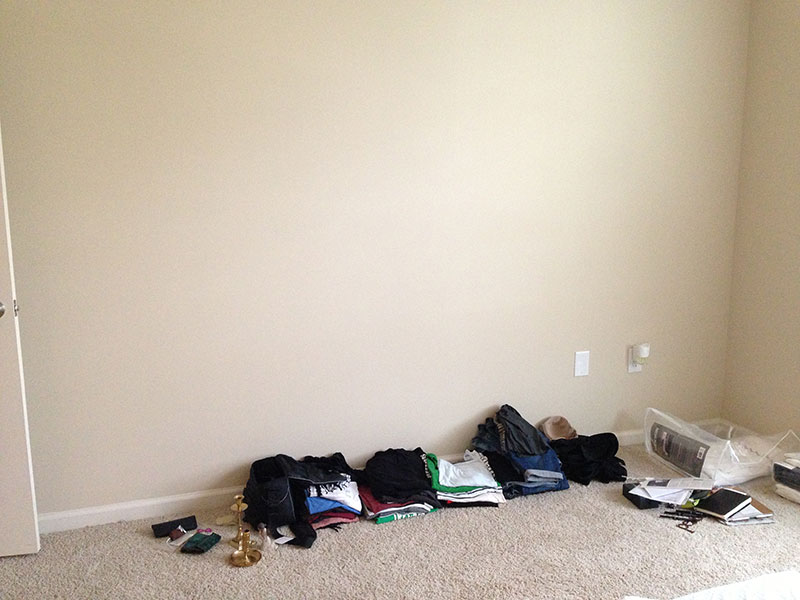 Here is the kitchen. And to the right is the front door. The kitchen has an island (behind all the boxes), and is open to the living room, and the balcony. We had been to IKEA when I took this picture. Oh, lord, it took forever to put everything together… 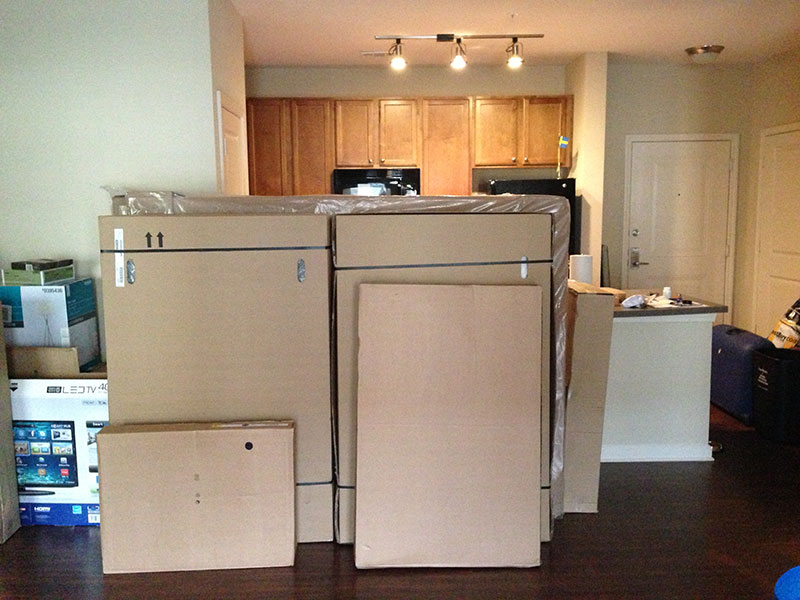 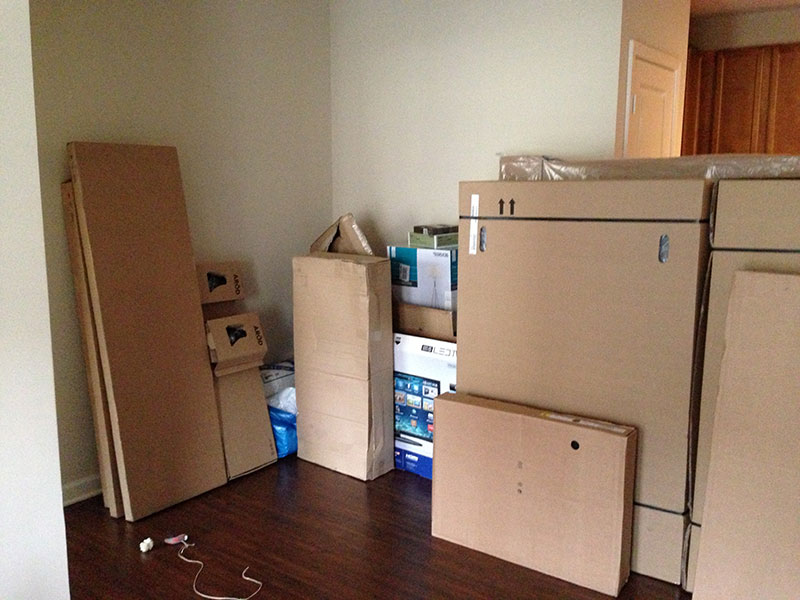 Here’s the other end of the kitchen/living room where you can also see the balcony some. 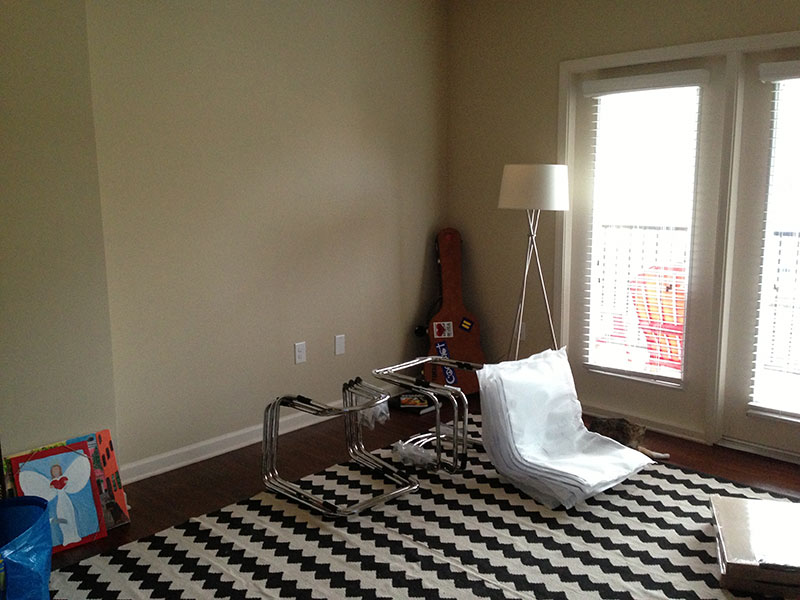 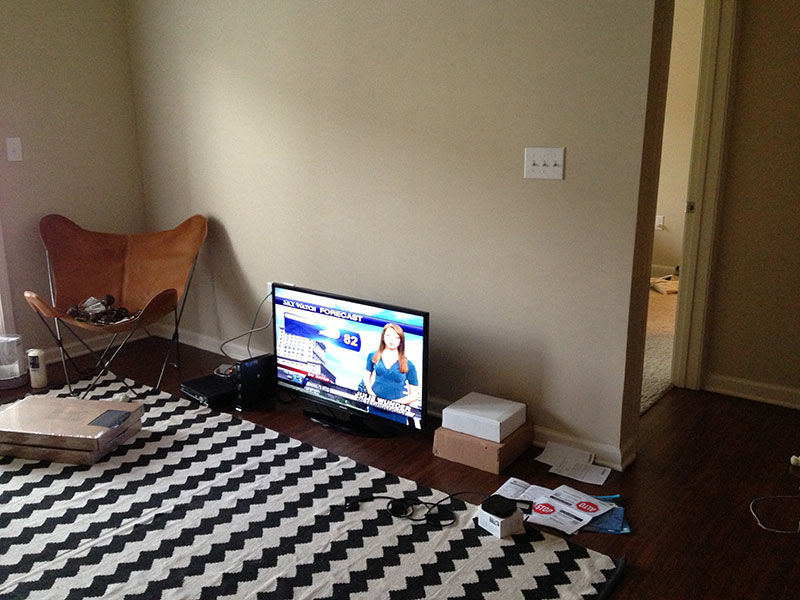 Here is the amazing balcony or perhaps more of its view. Anyway, we are looking over the pool area which I think it’s really nice. While I’m typing this, I’m sitting in the studio, and can look out of the window and see the swimming pool so all our windows are facing that view. The balcony is pretty much shown in these two pictures. 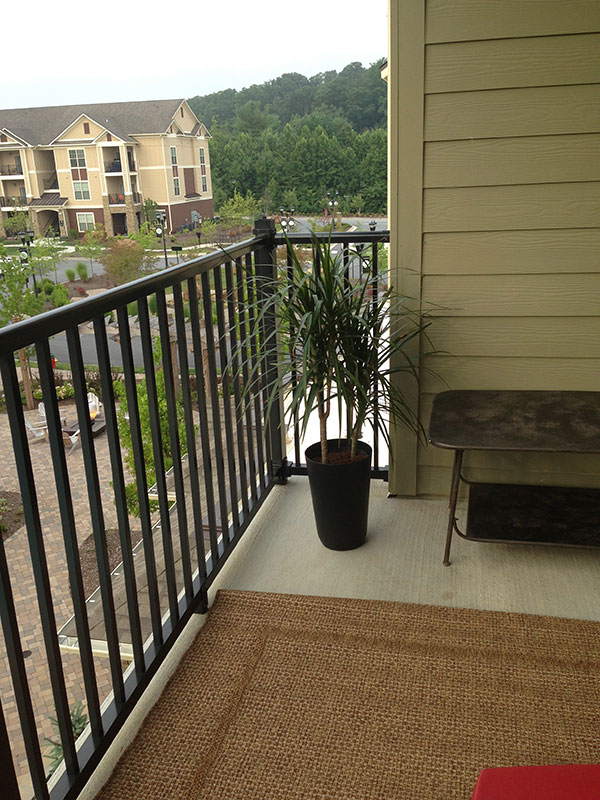 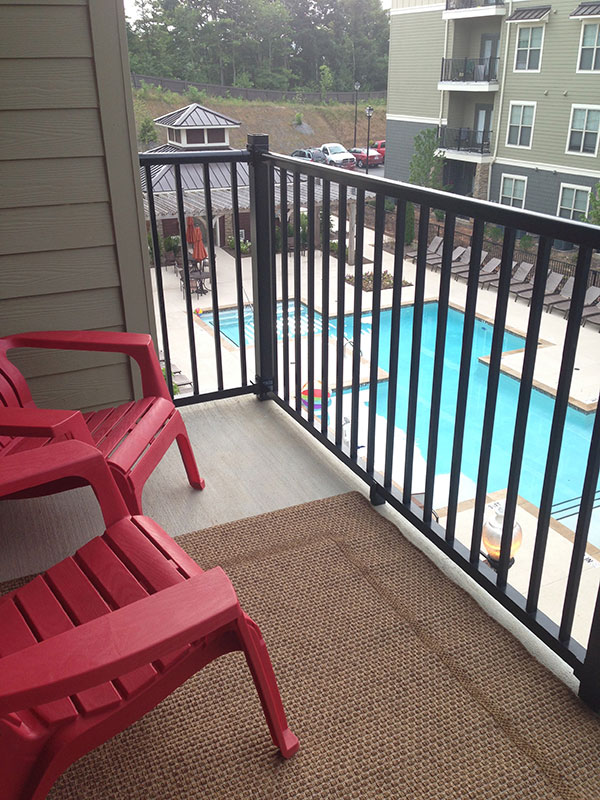 The second bedroom are we using as a studio (office), and also a guest room whenever friends and family wanna come over the pond! 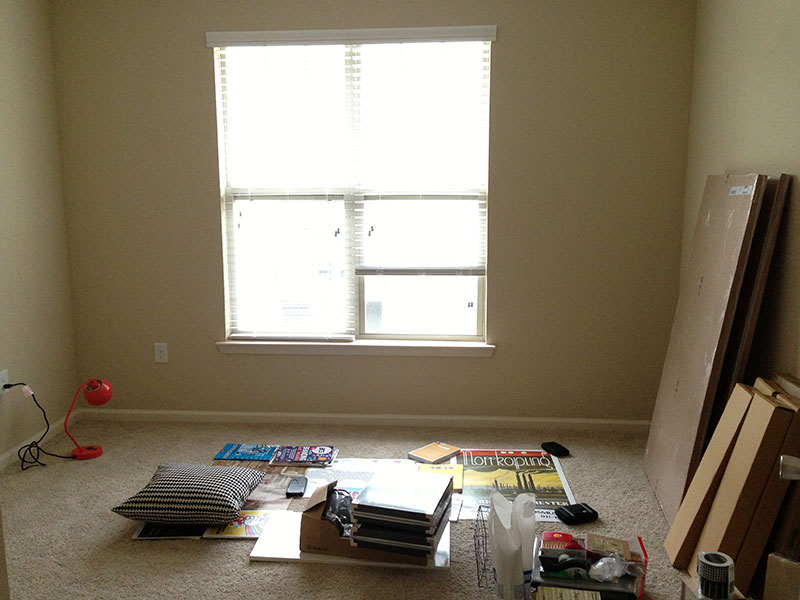 So that’s the tour for now, and I will (or Liz) will take pictures tomorrow of the apartment all furnished.

Fun straws. And a scented candle.

We bought some really cute straws yesterday which I premiere drank with last night. Way more fun to drink, than just directly from the glass. We also found some great scented candles. So hard to not buy all different kinds of interior stuff, but we’re trying not to for various reasons. But these things are so small, and being used up so..there’s my excuse. 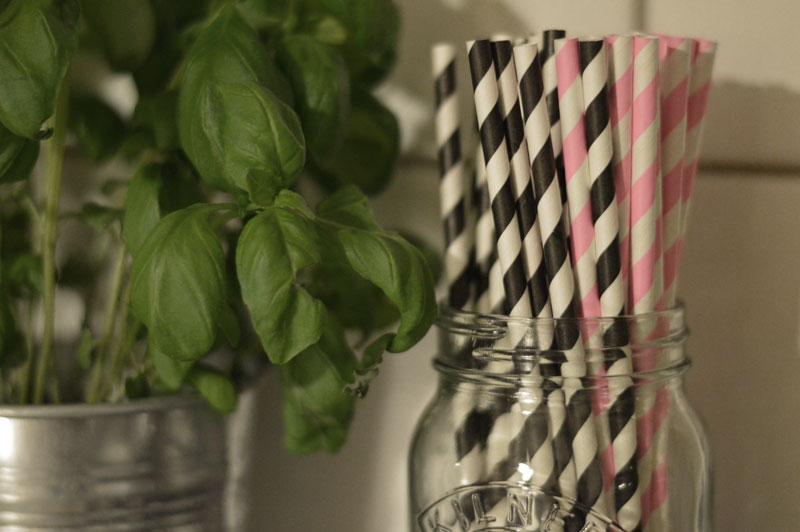 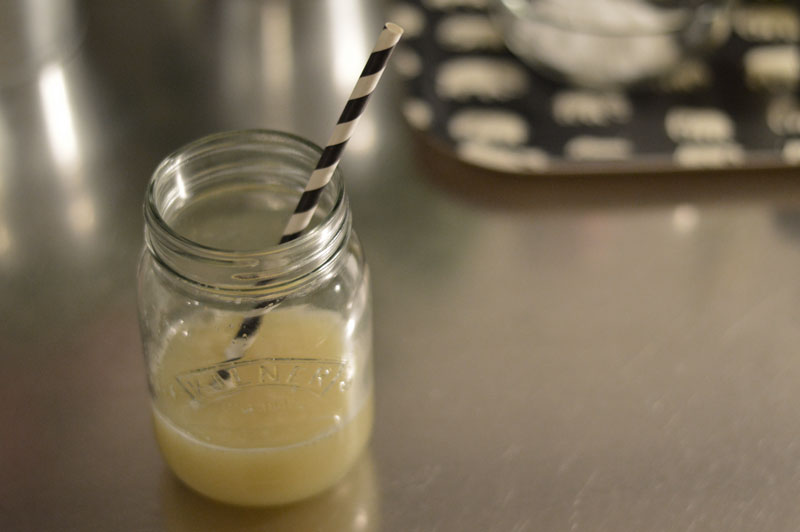 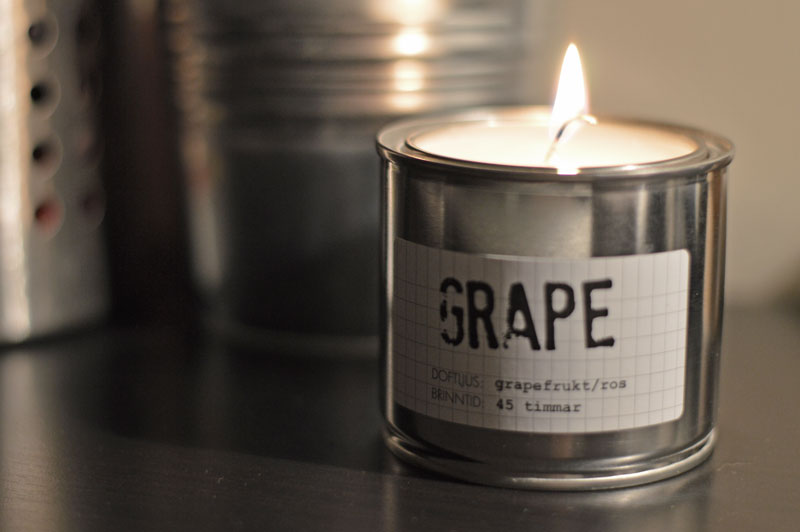 Another week of the photo challenge has passed and it’s about time to post the pictures from the past week. Check out week one here. Other then taking pictures, I’ve been busy with with other things, such as packing. Oh, yes. We are starting our trip to the States tomorrow! Heading to Stockholm in the evening, and flying out Monday morning. We are over the top excited! Ok, back to the photo challenge: 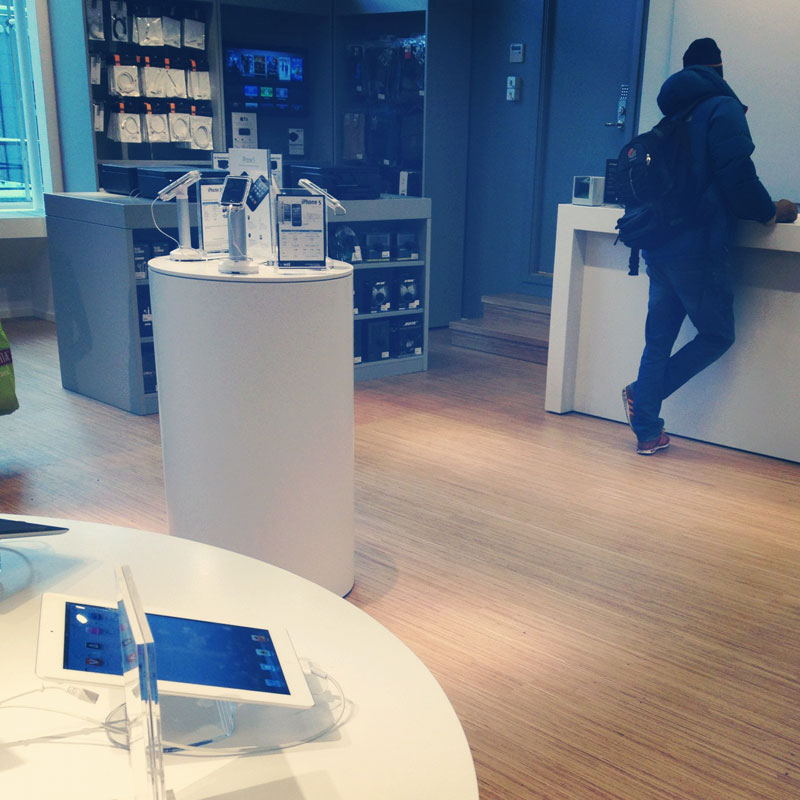 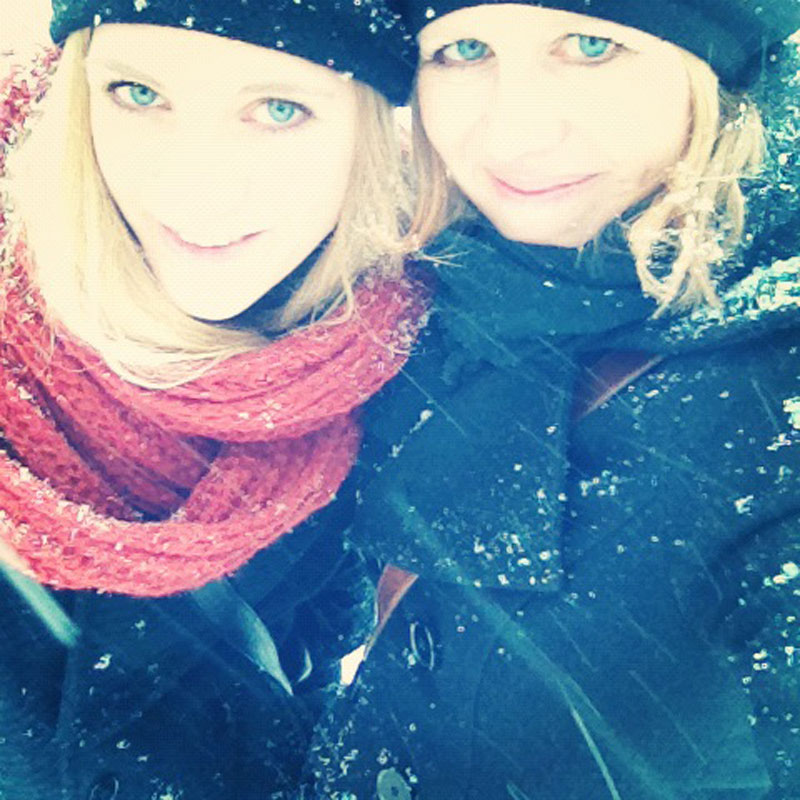 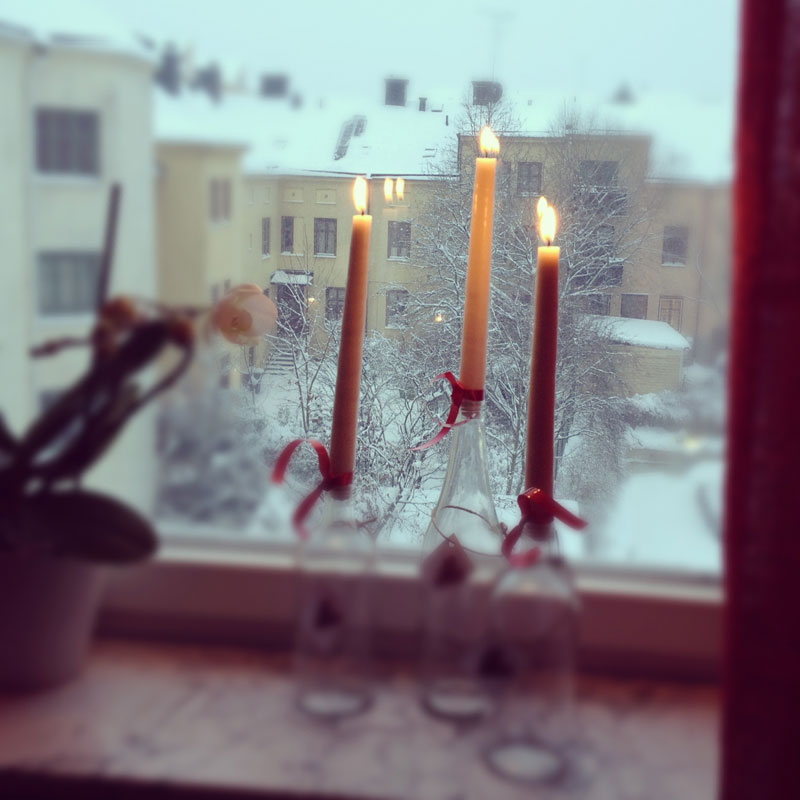 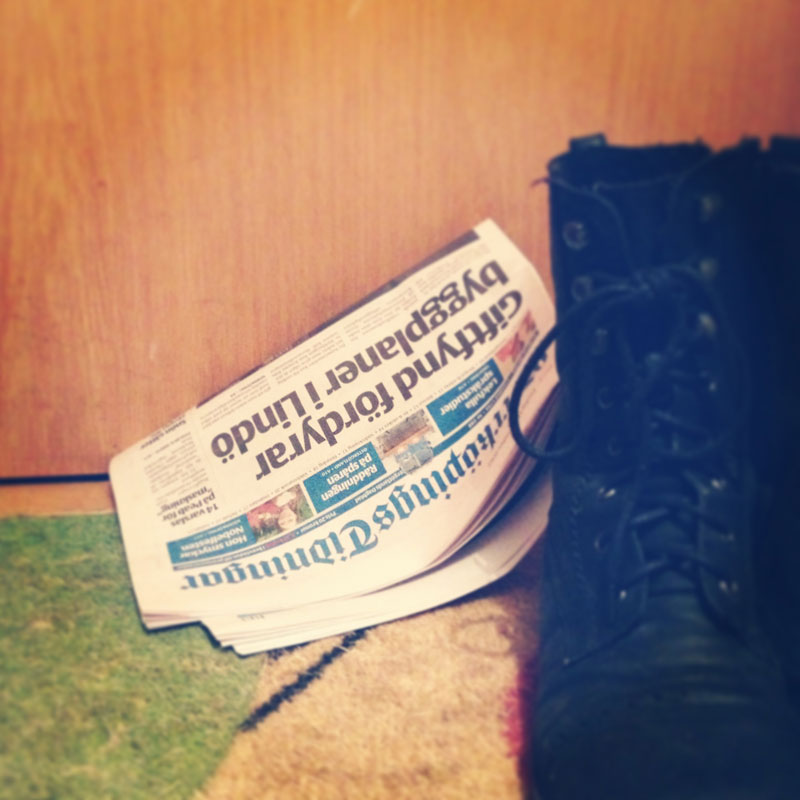 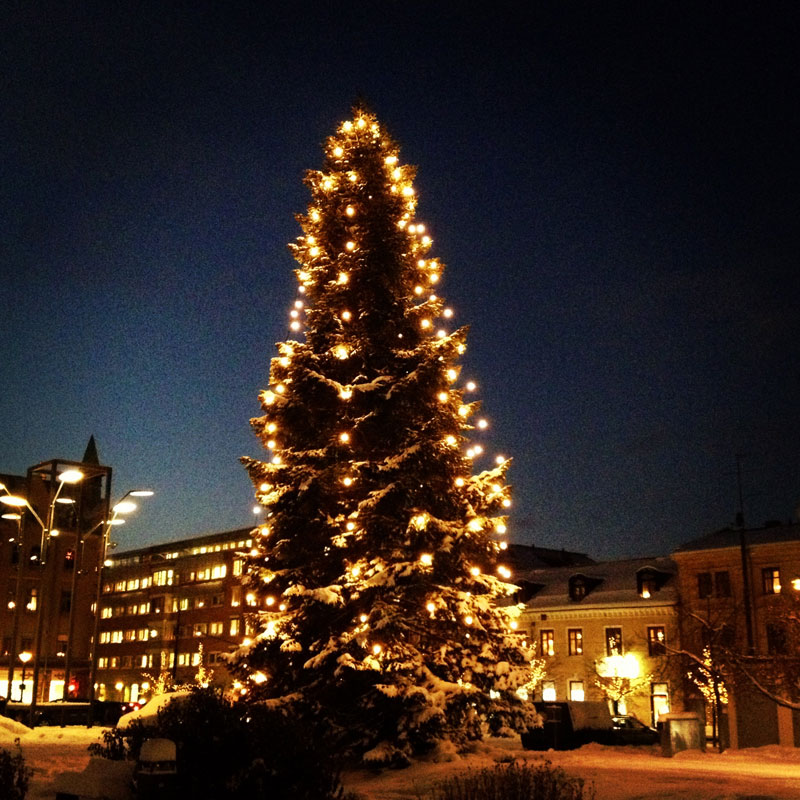 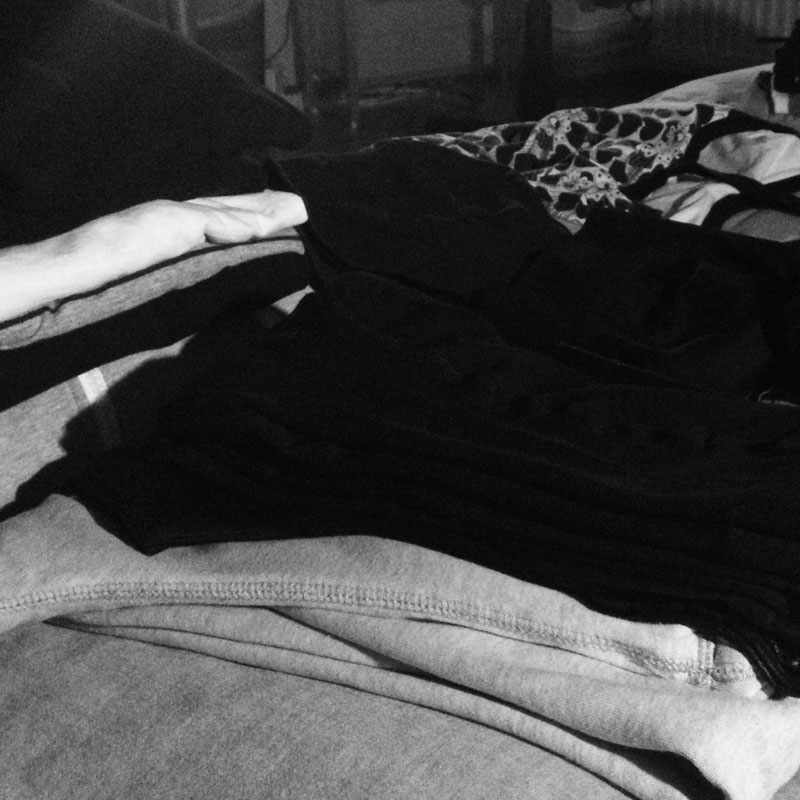 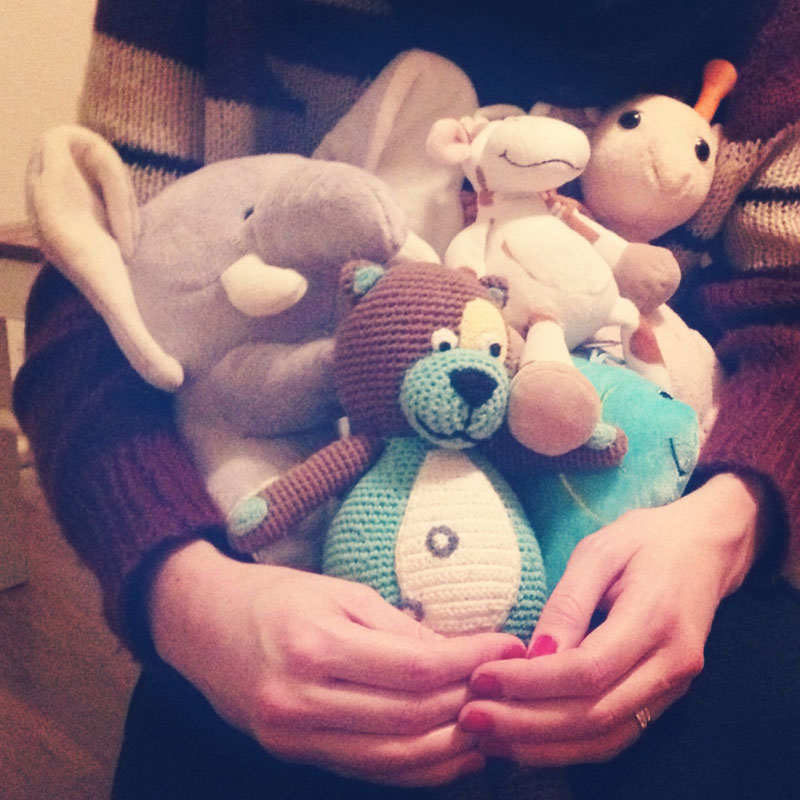 I’m a little bit into Svenskt Tenn right now. Svenskt Tenn is an interior design company founded 1924 by Estrid Ericsson. Ten years later Josef Frank joined the business, and together they created colorful patterns which is the charatistic of the company today. It’s pretty famous in Sweden and you can check out their website here, or visit the store at Strandvägen 5 (if you happen to be in Stockholm). Liz and I are heading to Stockholm in a week and I believe we’ll do some shopping in the store then!

The pattern Manhattan by Josef Frank and in the form of a tray, and some place mats. 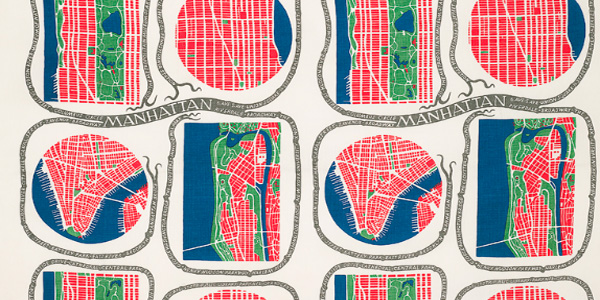 Josef Frank worked as a guest professor between 1942 and 1946 at the New School for Social Research in Manhattan. He found the city plan interesting and made a really simple drawing, and the famous Manhattan pattern was invented.

The pattern Elefant by Estrid Ericson and in the form of a tray but also some fabric (gonna be a pillow case for a special pillow I have had my whole life). 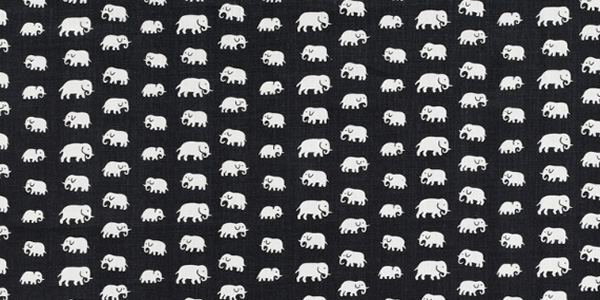 Estrid Ericson loved to travel and brought different design shapes, patterns, and souvenirs home. She drew this elephant pattern in the end of 1930. Her inspiration came from the Beligian Kongo (a Belgian colony in Central Africa in the beginning of 1900).

When we were walking around in a really rainy Helsingborg, I happened to find a store selling cups with letters on then. I was totally drawn to them, walked into the store, checked them out, and read about them. The typography on the cup was drawn by the Danish architect Arne Jacobsen (1902-1971), and the letters were originally created in 1937 for internal signage at the Aarhus City Hall. I truly fell in love, and bought my letter, and wouldn’t mind getting some other ones too. Find out more about the cups here. 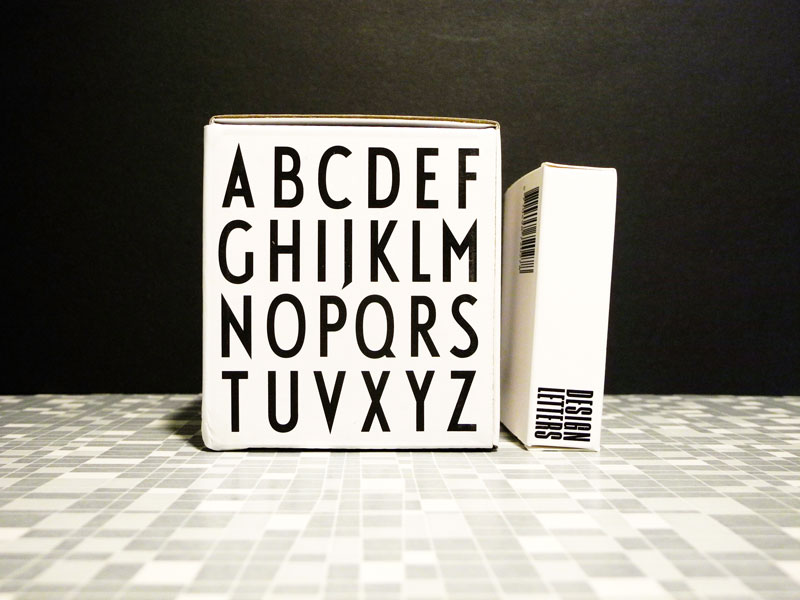 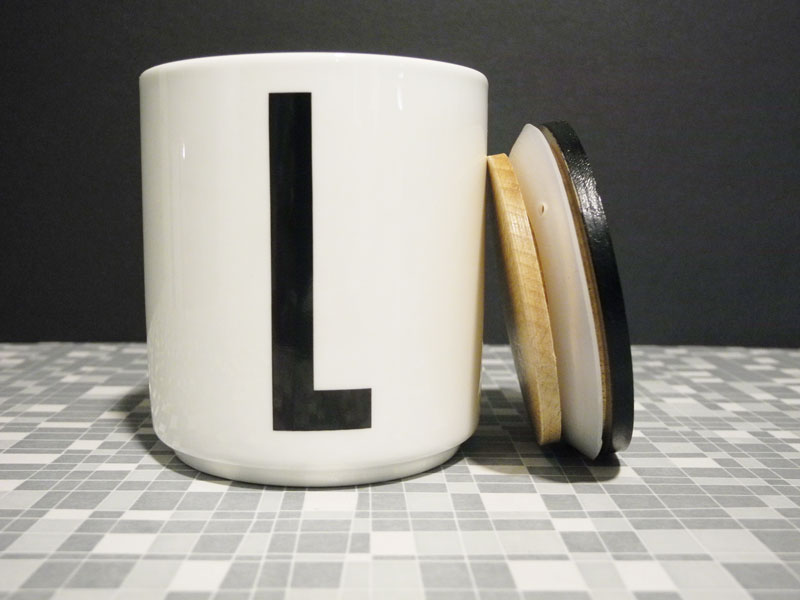 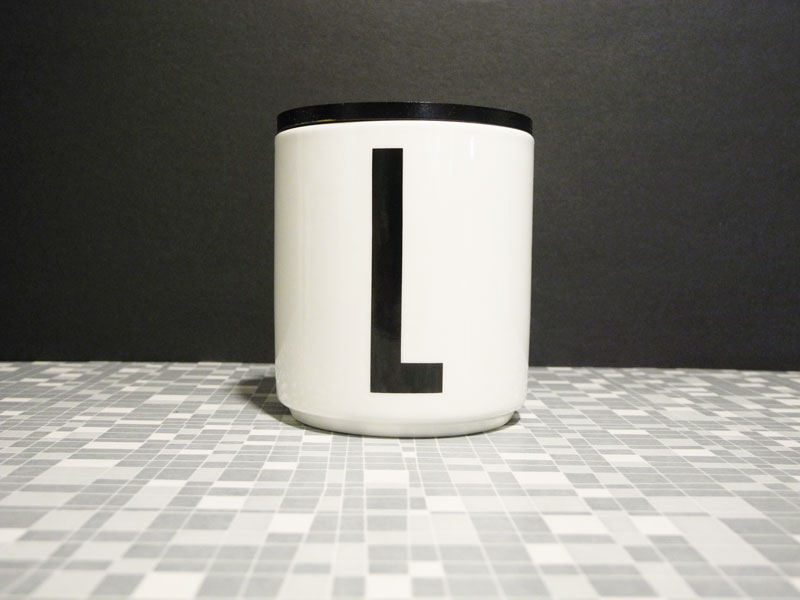 fixed some new pictures today and hung them up above our bed. we love it. bought the frames and the pictures/texts at lagerhouse except the smallest one, which i made (where it says “love.”). 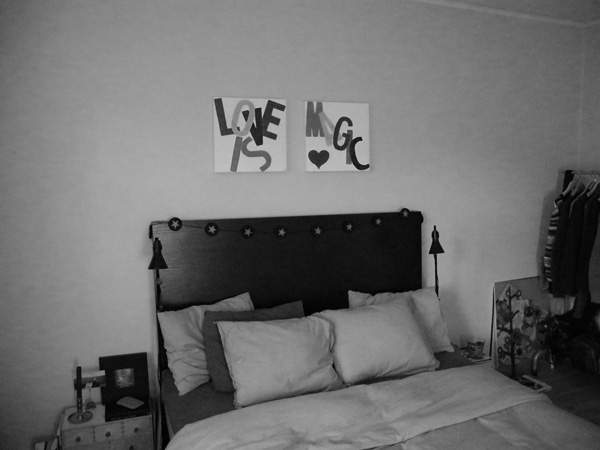 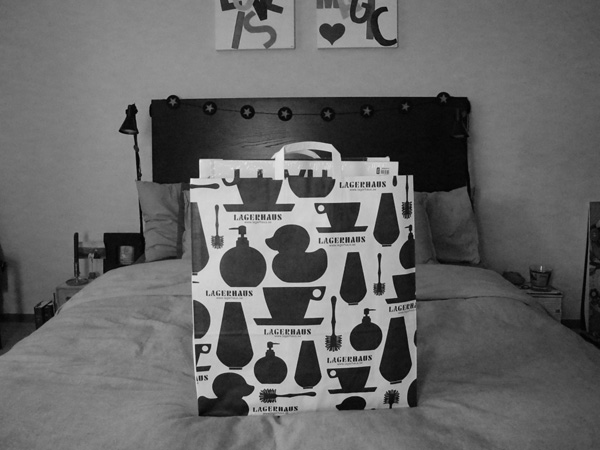 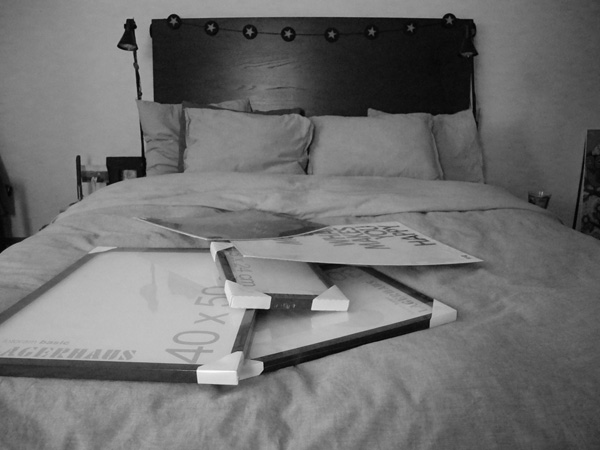 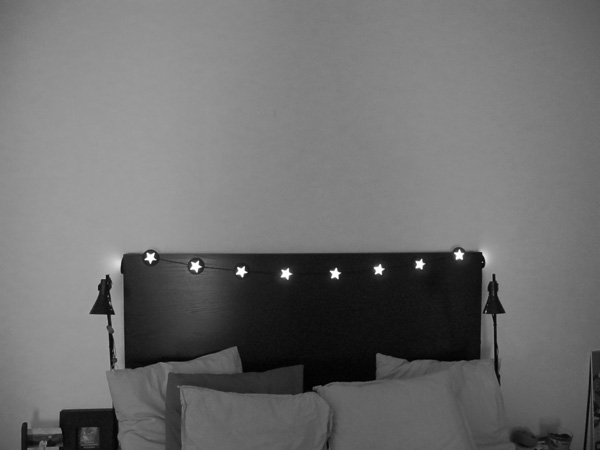 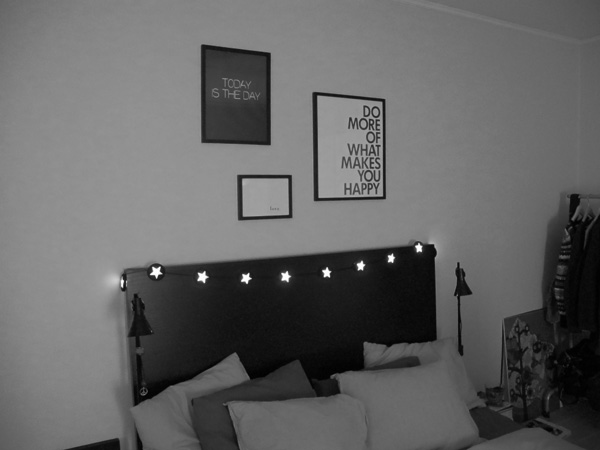 i have a great passion in my life and it’s about checking apartments on the internet that are for sale..sometimes i decide to “travel” to different cities like uppsala, helsingborg, norrköping and now göteborg…and i loooooove to see how they have renovated them and i’m getting plenty of ideas how i want our coming home to be. mmm. dreaming. my favorite (so far, which is on the market now) is an apartment in göteborg.hemnet.se (where all the pics are from) is the place to check apartments! i’m stuck and i love this one! have already moved in in my thoughts. the best is that my love has the same taste. yeah.