I used some questions in my year summary of 2011, and thought it might be fun to use the same again. It was a few years ago, after all. For a short summary of 2013, it was a year full of sickness, preparations, paperwork, grieving, happiness, adventure, and business. It was a year that started with vacation in the United States. Then, it immediately got more difficult. I went back to Sweden, went through everyday treatment, lost my grandad, canceled an exiting trip to China, and was admitted to the hospital. At the same time it was tough, I also had some exciting stuff going on as well as I prepared for a big move, spent summer in the Swedish archipelago, and visited Stockholm. Life began again and was completely new as I made my move to the States, started studying at an American University (a dream come true!), celebrated Halloween, Thanksgiving, Christmas, and everyday in between, while at the same time studied at an intense level that I have never experienced before. But, it was amazing and it all feels so right. Now, I’m about to end the year, together with some friends, in Atlanta, Georgia. Gonna be so much fun! But, you know what I really want? I want to close out 2013 and begin focusing on the New Year… cause it’s gonna continue the fun and excitement! 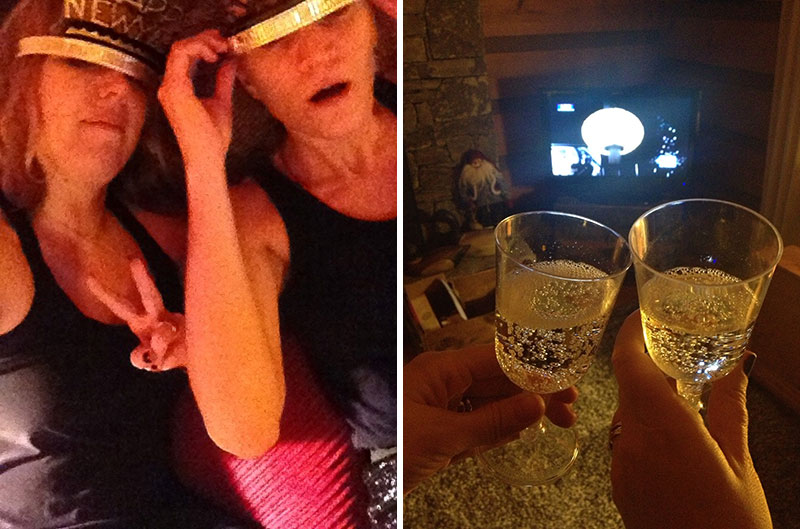 What did you do in 2013 that you’d never done before?
Moved to another continent, USA to be precise, and started studying at an American University. Woo hoo!

Did you keep your new years’ resolutions, and will you make more for next year?
I didn’t make any. I don’t usually make any resolutions, but I do have some goals and dreams for next year – another blog post to come. Hehe.

Did anyone close to you give birth?
Several friends…Emma, Kicki, Caroline, and Christina!!

Did anyone close to you die?
Yes, my beloved grandad… 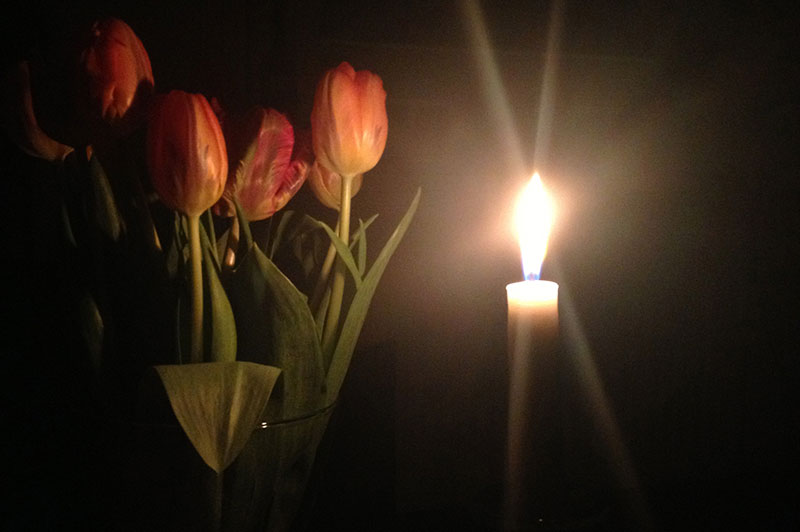 What countries did you visit?
USA & Germany. 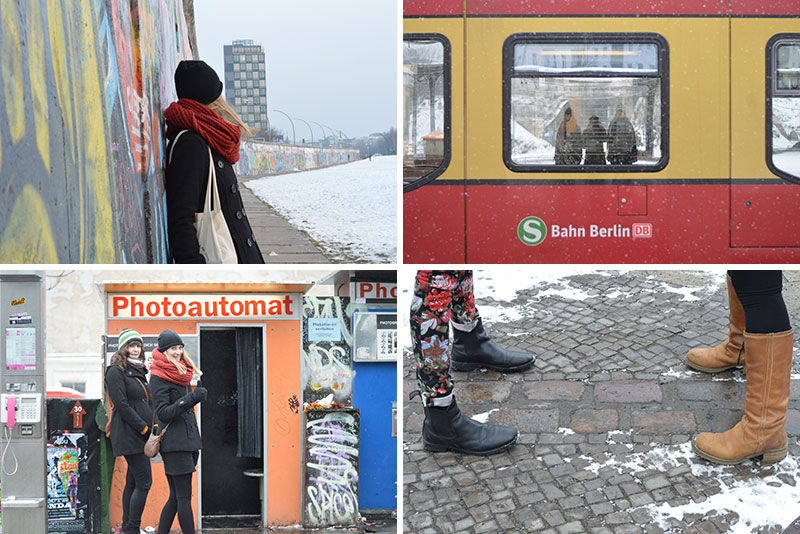 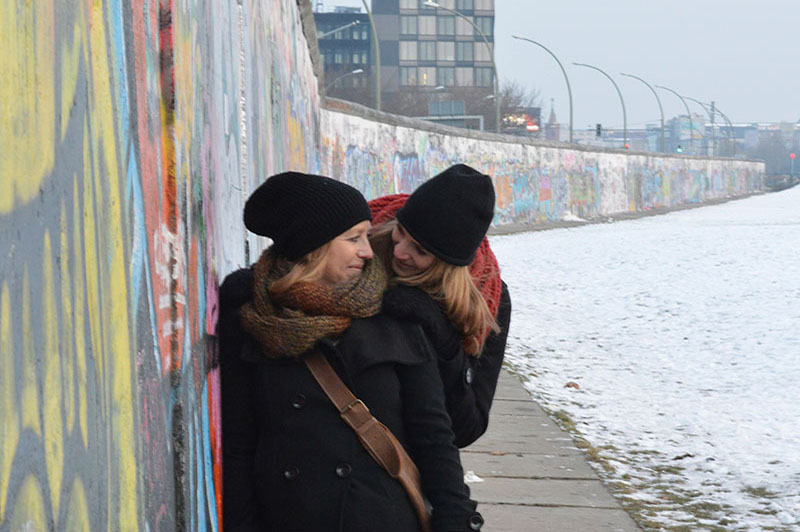 What would you like to have in 2014 that you lacked in 2013?
Muscles and be in better condition.

What days from 2013 will remain etched upon your memory, and why?
The day I found out was accepted to UNCA! The day I went to the hospital, again. Days in the archipelago with family and friends, times in Stockholm, and the day I left Sweden and moved to the USA. 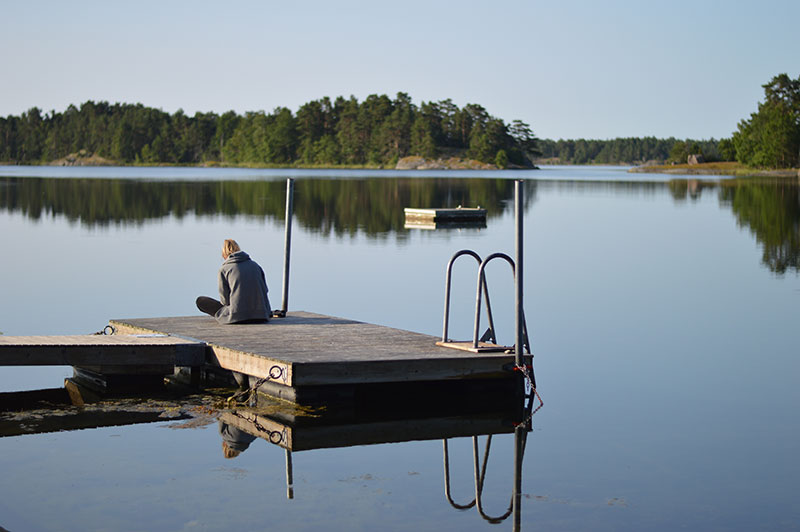 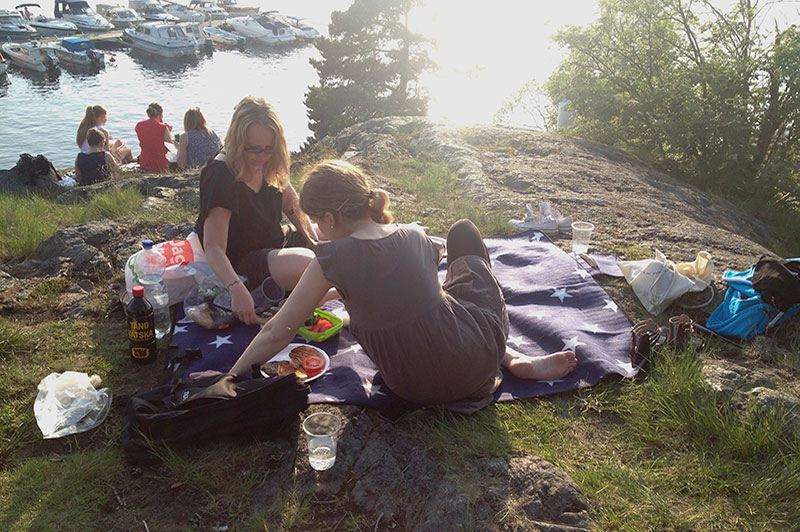 What was your biggest achievement of the year?
Gettingt healthy. The move. The acceptance to the University and good grades in school. 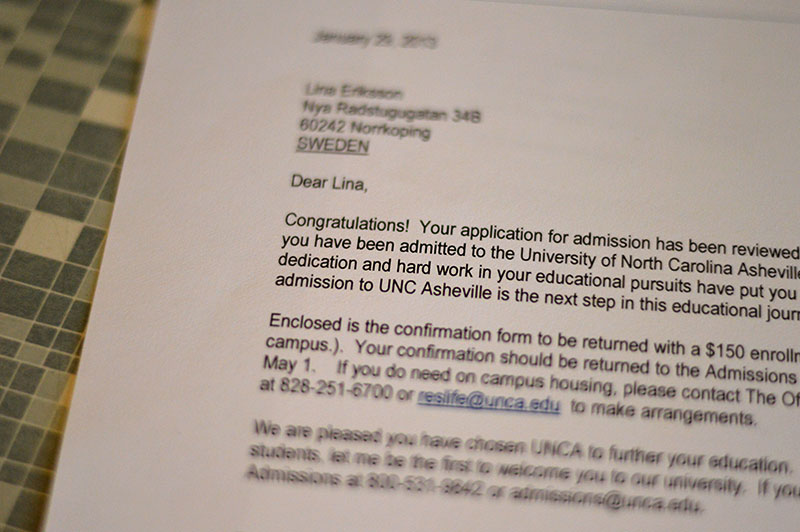 What was your biggest failure?
The cancellation of our China trip.

Did you suffer illness or injury?
Yes. Anorexia Nervosa. 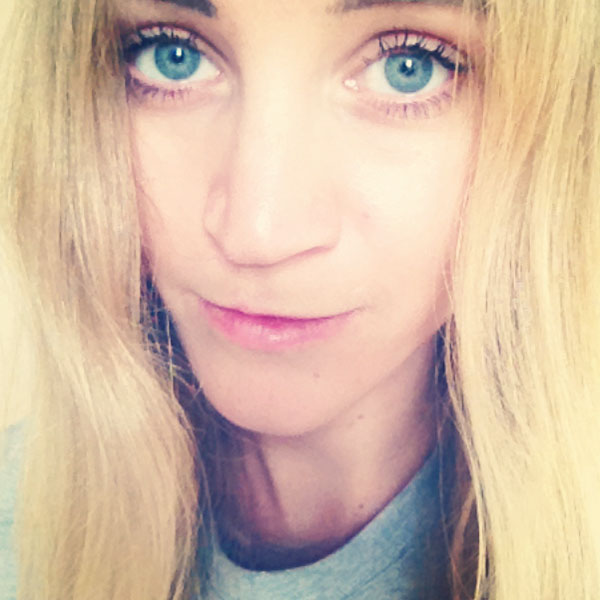 No life in those eyes…

What was the best thing(s) you bought?
Our first class plane tickets to the States when we moved! Trips, our car, my iMac, MacBook Pro, and my camera. 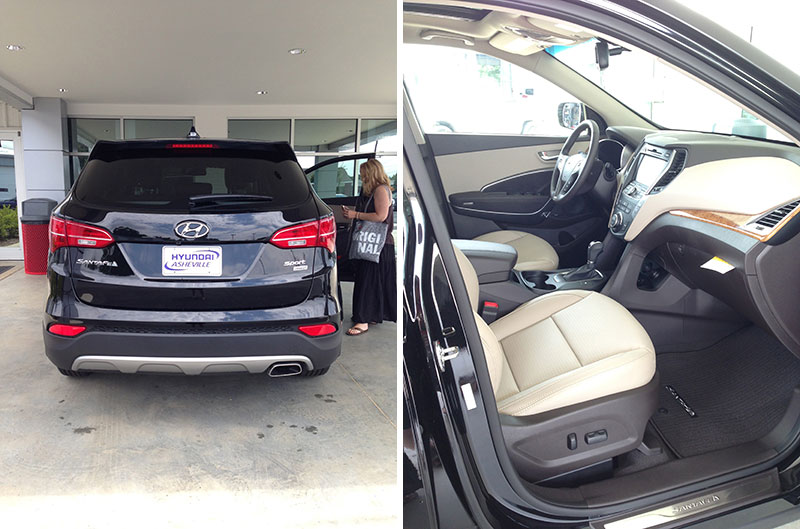 Whose behavior merited celebration?
Mine. My family, cat, and my love. Also some nurses and other treatment people!

Whose behavior made you appalled and depressed?
A few who I’ll not mention here.

Where did most of your money go?
To the car, trips, technical stuff, and Christmas.

What song will always remind you of 2013?
Love on Top by Beyoncé

Compared to this time last year, are you:
a) happier or sadder?
HAPPIER! 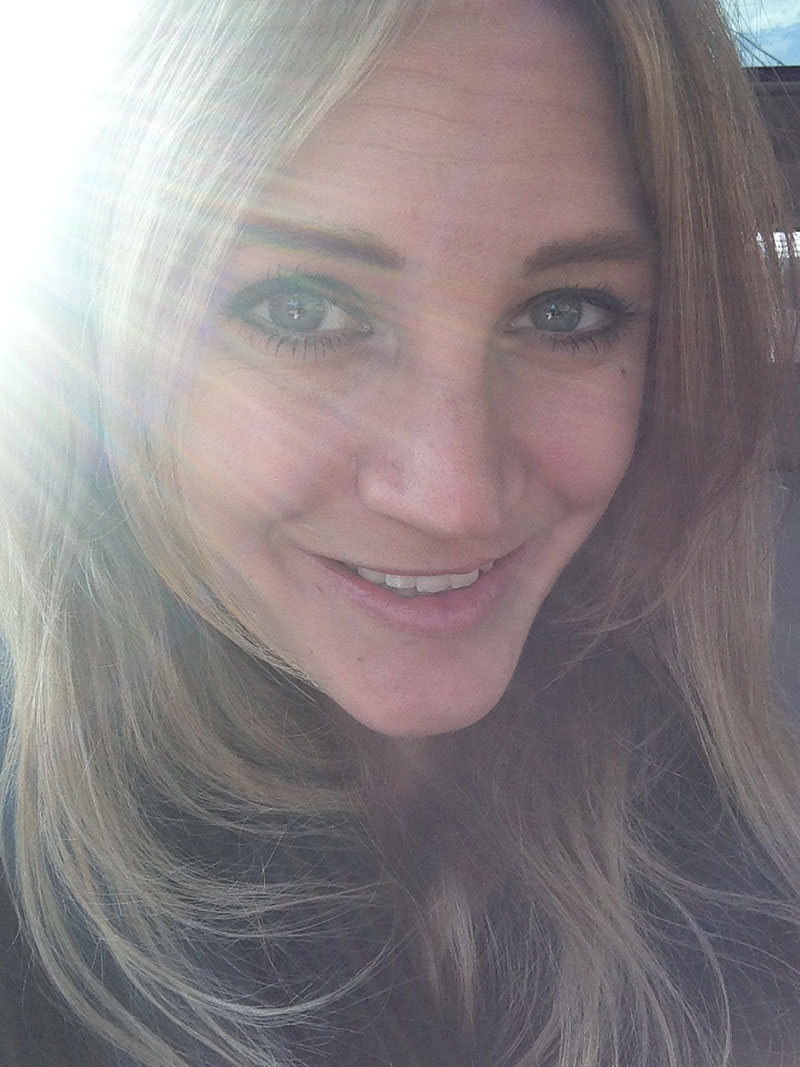 b) Bigger or smaller?
Bigger, but I’m healthy now!

What do you wish you’d done more of?
Taken more pictures. Been in contact with more friends. 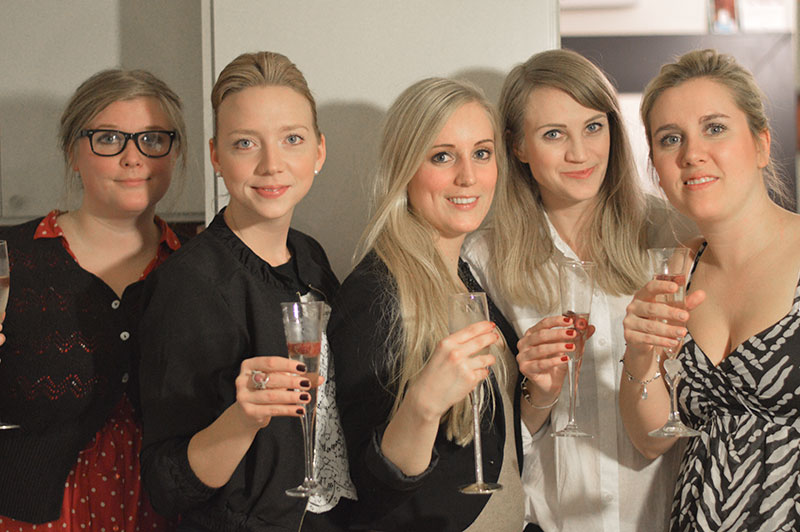 Reunion with the girls I studied with, in March.

What do you wish you’d done less of?
Starving and worring too much about things.

How did you be spend Christmas?
With my American family, at our place, in the mountains. You can read about it here and here. 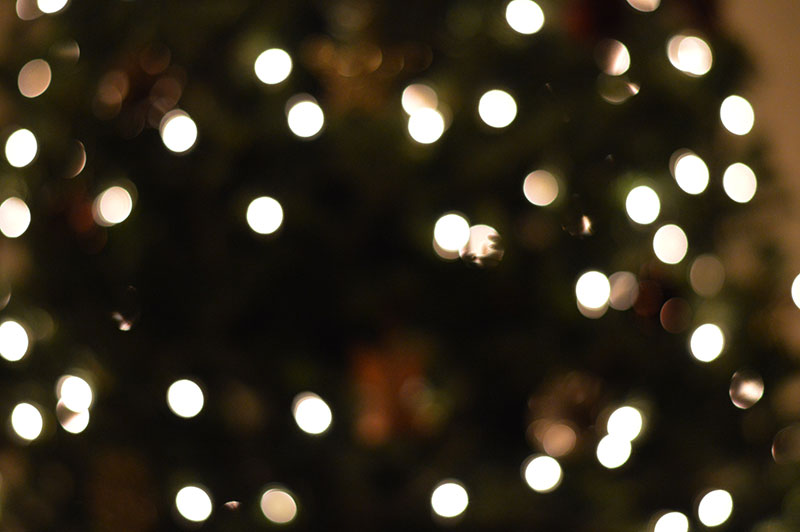 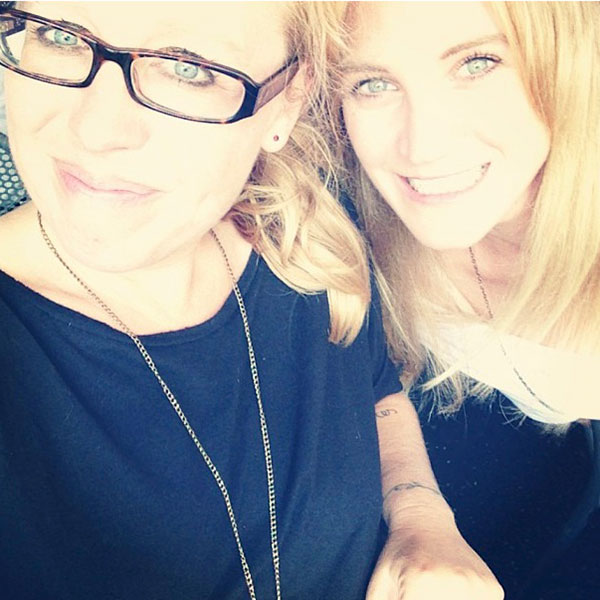 What was your favorite TV program?
I never really watched TV.

Do you hate anyone now that you didn’t hate this time last year?
No. 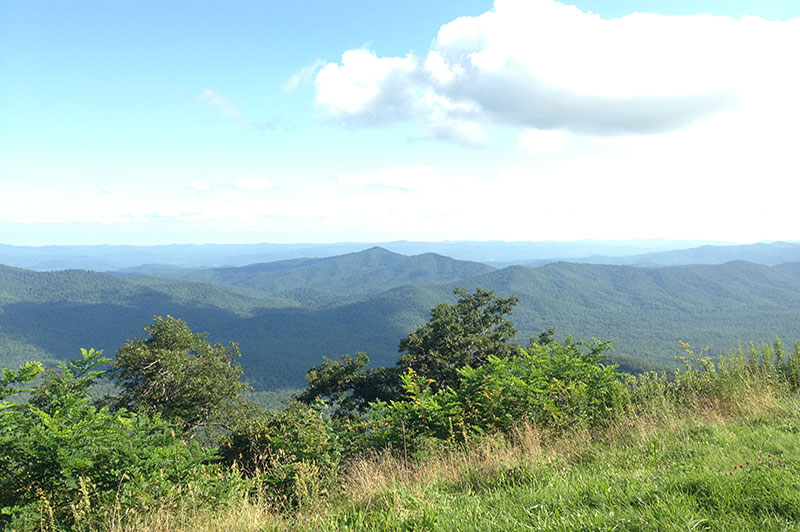 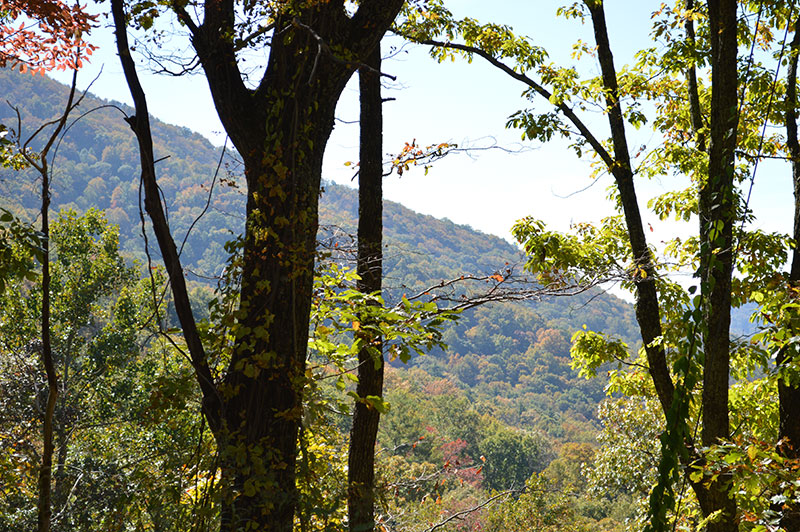 What was the best book you read?
Haven’t finished the Book Thief yet but I truly like it!

What was the best series you watched?
I believe 2013 was the year of watching TV-series. Here we go: The Walking Dead, Girls, New Girl, Orange is the New Black, Revenge, True Blood, Breaking Bad, American Horror Story, Scandal, and The Killing.

What was your greatest musical discovery?
First Aid Kit.

What did you want and get?
Better health, new friends, our apartment, car, a good first semester in school, and to celebrate the American holidays! 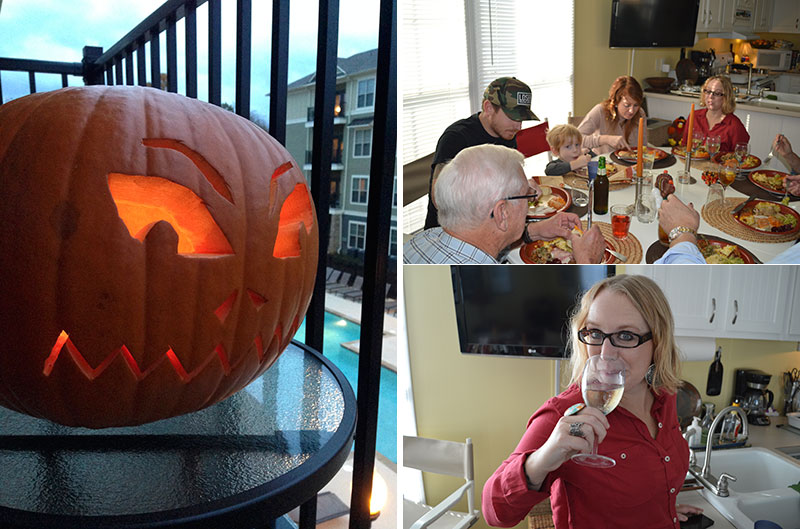 What did you want and not get?
Muscles and snow for Christmas. 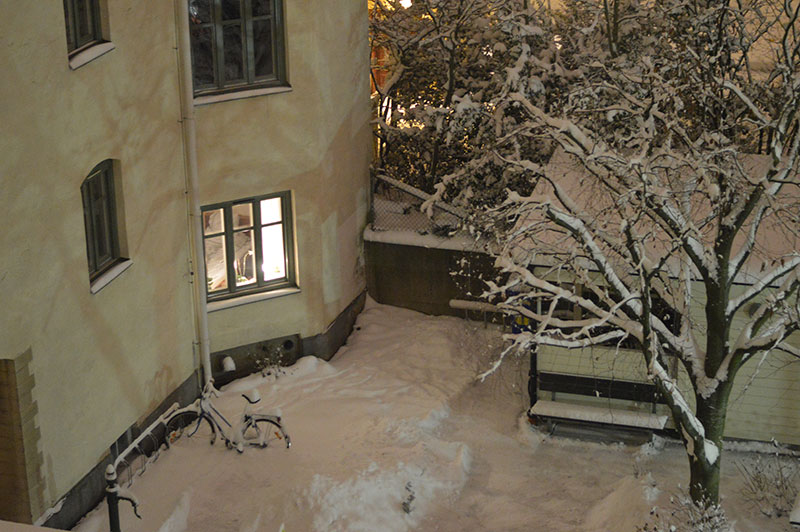 What was your favorite film of this year?
12 Years a Slave and The Book Thief.

What did you do on your birthday, and how old were you?
I turned 29 and had permission from the hospital the night before, so I woke up at home, and then spent some time in the hospital during the day.

What one thing would have made your year immeasurably more satisfying?
To have been more healthy.

How would you describe your personal fashion concept in 2013?
Converse, rolled up jeans and oversize t-shirts. 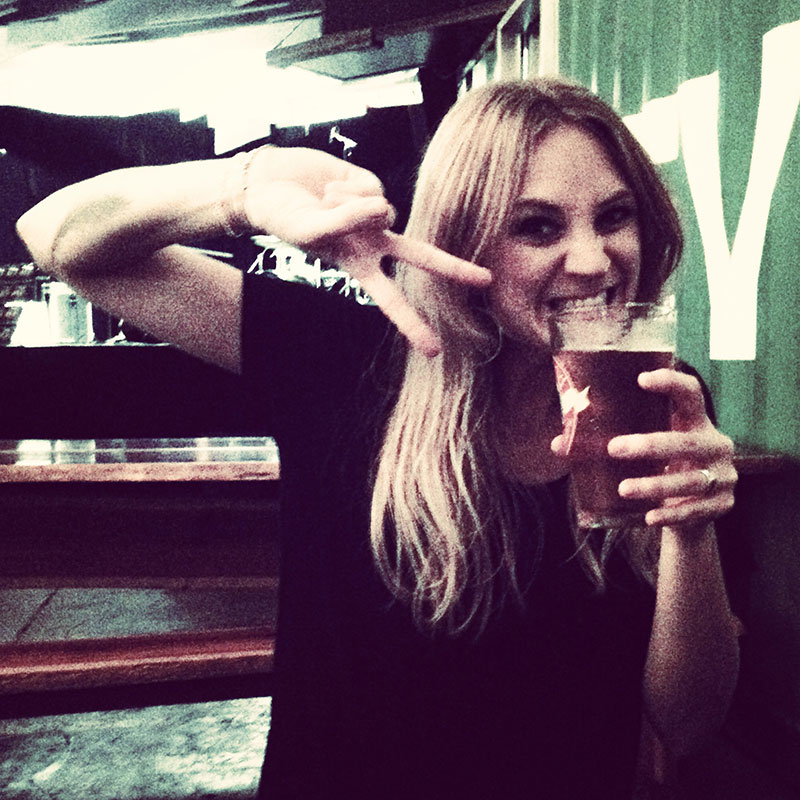 What kept you sane?
My love, cat, music, and my dream goals in life. 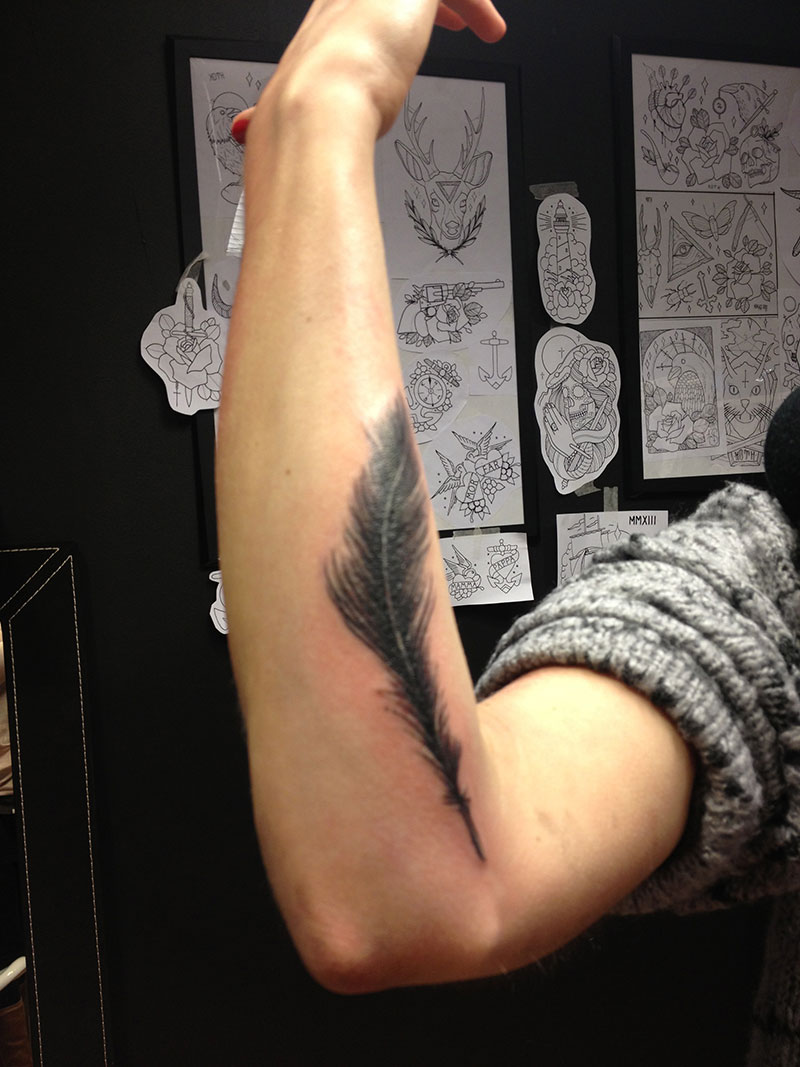 My latest tattoo, symbolizing my dreams and goals in life.

Which celebrity/public figure did you fancy the most?
Beyoncé & Håkan Hellström. 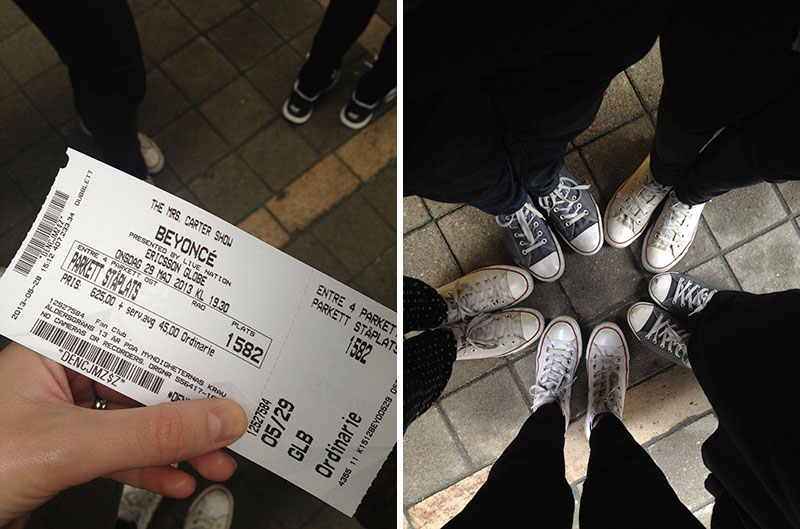 Beyoncé concert with Liz and three of my cousins.

What political issue stirred you the most?
How healthcare is so freaking expensive here in the States. The low salaries as well.

Who did you miss?
My Swedish family and friends. 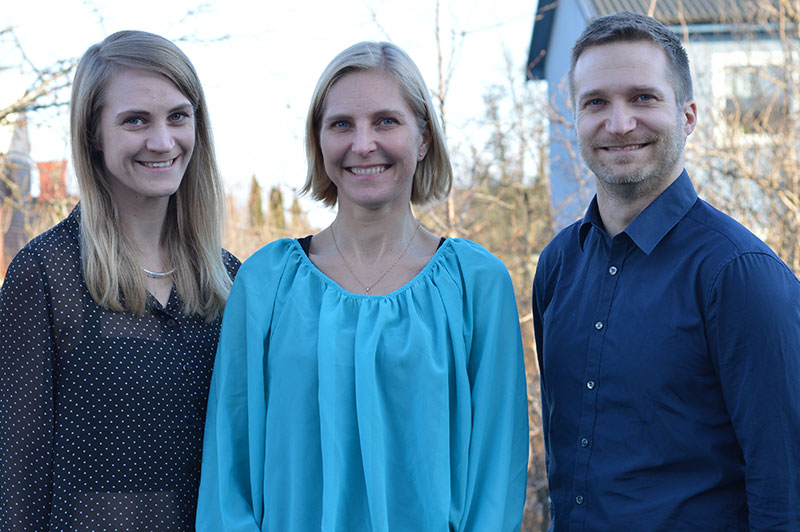 My siblings and I.

Who was the best new person you met?
My new friends here in the States. 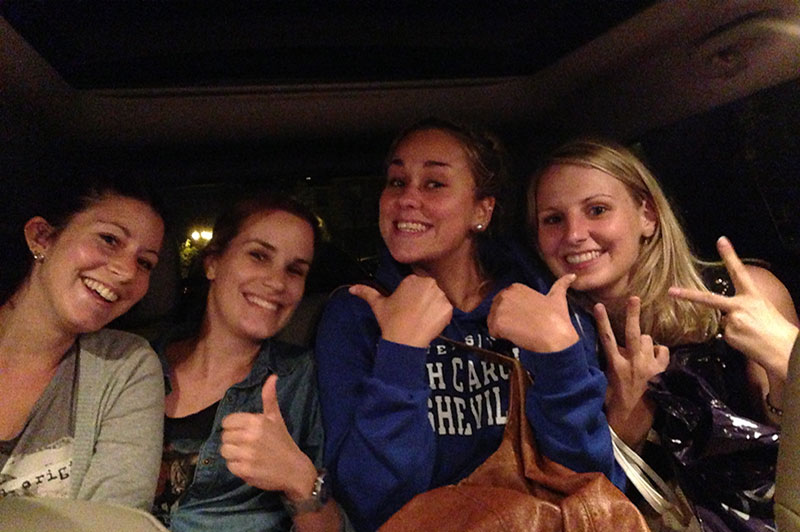 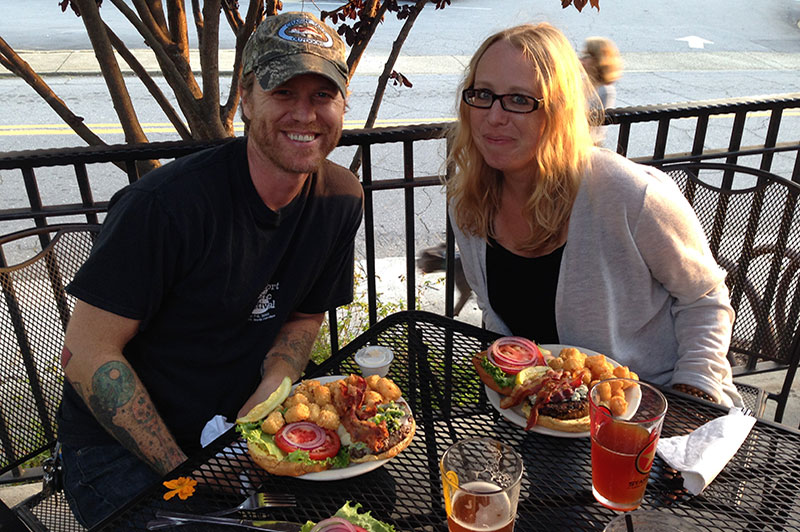 Tell us a valuable life lesson you learned in 2013
You can’t starve yourself, be underweight, and live life at the same time. 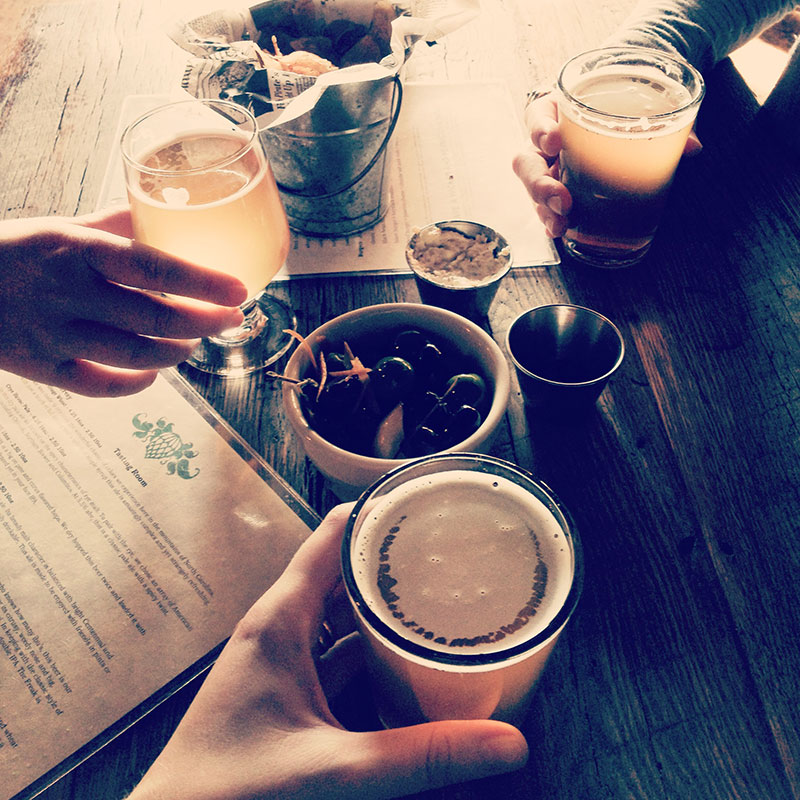