I will always remember April 12th, 2013. It was the day I was admitted to the hospital for a second time because of my eating disorder, Anorexia Nervosa. The professionals wanted to prevent me getting even deeper into the Anorexia again, since my goal was to move to the States, and start studying in August the same year. Just a few months away. This was my chance to get professional help 24/7 again, and I took it. 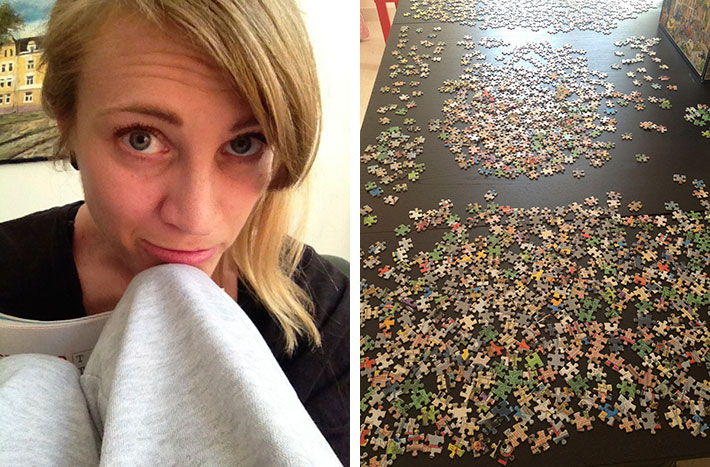 Every day was a fight, and in between meals/resting times, I entertained myself by solving hundreds of sudokos, did puzzles consisting of thousands of pieces, and watched TV-series… I had so many Anorexic thoughts though, and was stuck in a really sick way of living which forced me to cancel a trip to China, celebrate another birthday at the hospital, and miss the spring and early summer arrival, because I was too focused on sick things instead of seeing and being aware of the surroundings and life in general.

I would not been able to have gone through this whole process without some special people in my life – Liz, my amazing wife, supportive J & S at the clinic who totally believed in me and my dreams, M – an amazing nurse/massage therapist, and S – another amazing nurse! I’m so deeply thankful for all what you’ve done to me, in order to help myself recover ♥

Today, I’m thinking of how my life was only one year ago. It has been (and still is sometimes) a fight, but my life today is soooo different than just a year ago. I’m living in the States and studying New Media – a dream of mine, and the most important, I’m happy, and healthy.

I know several friends and people around me who still suffer pretty bad from an eating disorder, and I want you to all know; If I did it, you can do it! It’s a really hard road to take, but it’s so worth it. Don’t give up, keep fighting!

Sending you strength and happy thoughts ♥